Former BMW junior Ricky Collard is targeting a full-time season in the British Touring Car Championship in 2022, and it could be in a Laser Tools Racing Infiniti.

The 25-year-old son of BTCC veteran Rob Collard made his debut in the series in 2018 when he stood in for his father, who was ruled out on medical grounds following a concussion, for the final four rounds of that season.

At the wheel of a West Surrey Racing-run BMW 125i M Sport, Collard qualified on the front row third time out at Silverstone, and took a best finish of third.

He was a race winner on his ADAC GT Masters debut in 2017 at the wheel of a BMW M6 GT3, and also claimed a victory during a campaign with the R-Motorsport Aston Martin squad in the 2019 Blancpain GT Series.

But Collard told Autosport that pursuing a BTCC career and following in the footsteps of his father is his favoured option.

“I loved the little bit of touring cars that I’ve done,” said Collard, whose most recent outings came alongside his 2020 British GT title-winning father in a RAM Mercedes at last year's Spa 24 Hours.

“[The BTCC is] the only championship I’ve competed in that I haven’t won in, and there’s a family legacy there which would be good to continue.

“People have got to have respect for touring cars – they see a touring car driver jump into a GT and they’re not on the pace, but I guarantee you that a GT driver wouldn’t be on the pace in a touring car.

“If I do it with Laser Tools and the Infiniti or whichever team, people would expect me to be on the pace but it’s going to be hard – I’ve got massive respect for all those boys.” 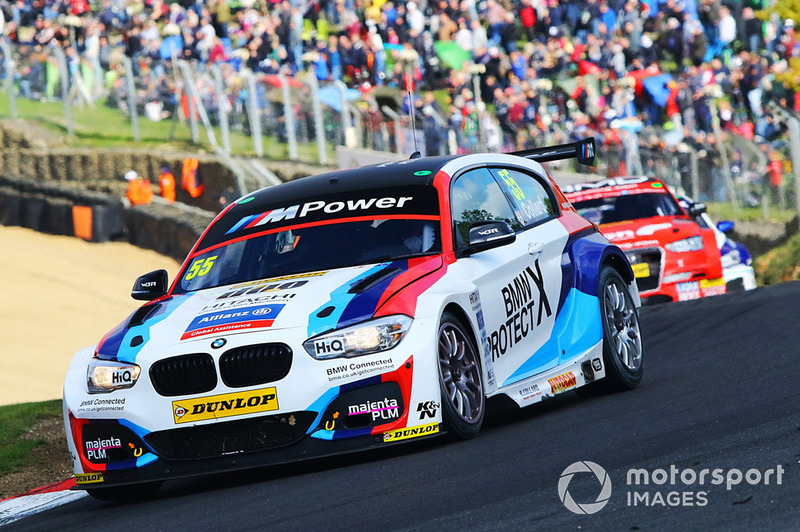 When asked this week about the situation, Moffat Sr told Autosport: “We’re speaking to a couple of people. We would love to have Ricky on board.

“Watching him previously, I think he’s a very special young driver – he would fit in fantastically.”

Collard added: “I’d really like to be on the touring car grid and the Infiniti guys – Bob and Tony [Gilham, of sister squad Team Hard] have been spot-on with me.

“They’re doing everything they can, and I’ve got to say a big thank you to them.

“I’m trying my best, they’re trying their best, but if I’m going to do it I want to do it properly.

“If I can win in the BTCC, it would mean more to me than any other accomplishment – it’s a big emotional, family attachment.”

Regarding Crees, Ciceley commercial chief Ash Gallagher admitted that he is one of the drivers in contention, while the Kentish racer said that the Lancastrian operation is one of four squads with which he is in negotiation for 2022.