Senna Proctor took victory in the reversed-grid finale to the British Touring Car Championship round at Oulton Park after a first-corner collision with Ash Sutton.

Proctor started his BTC Racing Honda Civic Type R from pole, but even the rear-wheel drive of Sutton’s Laser Tools Racing Infiniti Q50 could only draw him level on the approach to Old Hall.

Sutton hung it around the outside and appeared to hold the advantage, but slight contact was made with Proctor at the exit of the corner, pushing the championship leader wide.

Sutton lost several places, and then was forced out of the race at Cascades with broken left-rear suspension when his team-mate Carl Boardley ran into him, after what appeared to be contact from Colin Turkington’s West Surrey Racing-run BMW 330i M Sport.

This was the second attempt to start the race. At the initial getaway, Sutton had done the same thing, but this time had enough momentum to edge clear of Proctor on the exit of Old Hall, and looked all set to substantially extend his championship lead.

But Sutton’s work was undone when Sam Osborne was edged wide at the Dentons kink, on the inside of a three-abreast moment with Tom Chilton and Chris Smiley.

Osborne got onto the grass, which spun him downhill and back onto the track at Cascades, where he was struck by Jack Butel’s Excelr8 Motorsport Hyundai i30 N.

There was chaos, as Jack Mitchell, Jade Edwards, Ollie Jackson, Rick Parfitt, Nic Hamilton and Jack Goff all got involved in the aftermath, and unsurprisingly the race was red-flagged. Osborne, Butel, Mitchell and Hamilton were all absent from the restart. 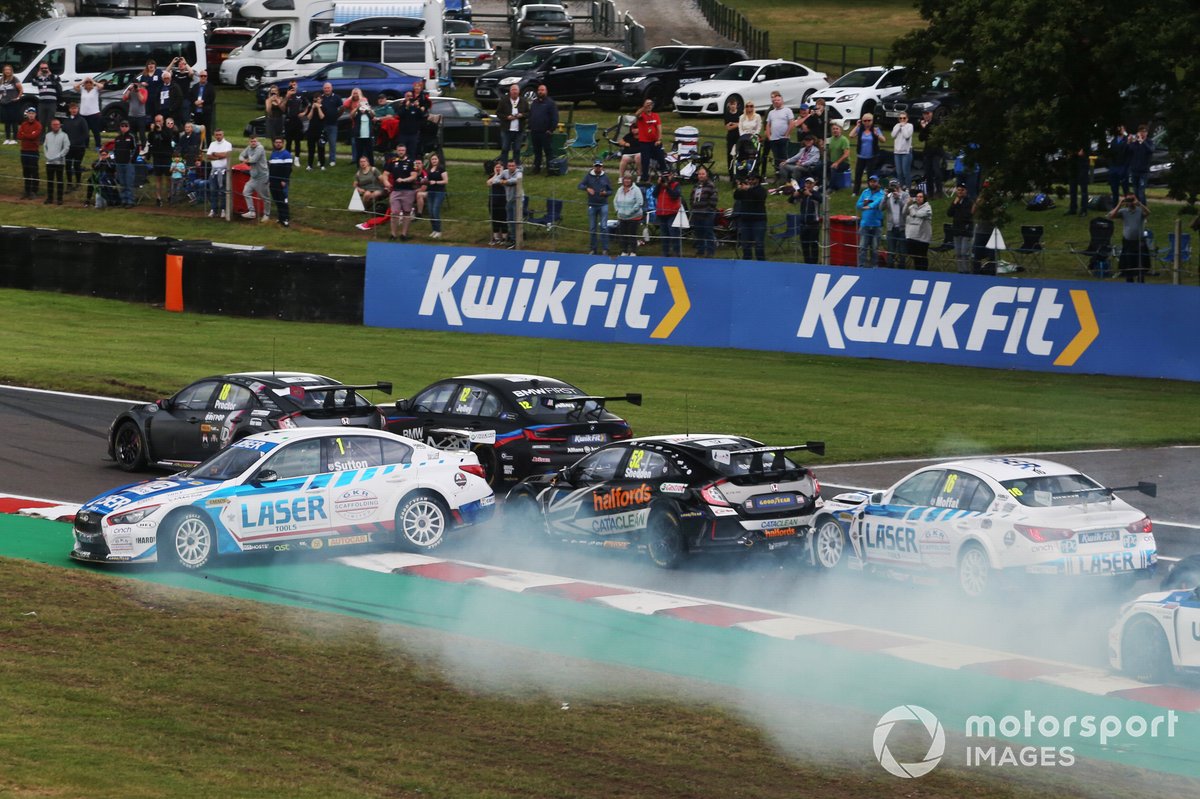 The WSR BMW of Stephen Jelley gave Proctor serious grief on the opening lap, but the Honda driver scooted clear, and was 1.223 seconds in front by the end of lap two.

From then on Proctor added tiny increments to the gap, and was over 2s in front when the race was red-flagged for the second and final time following a big shunt at the fast Druids right-hander.

Second-race winner Rory Butcher had been troubled by power-steering problems on his Speedworks Motorsport-run Toyota Corolla, and was dropping down the order when Boardley suffered suspected brake failure heading into Druids.

The ex-hot rod king took to the grass on the inside, but speared across the track and the unfortunate Butcher was thumped off the circuit by the stricken Infiniti.

“This weekend’s been the highs and lows of motorsport,” said Proctor.

“We put it on pole for race one, and then I messed up the start, but I felt this race was redemption – it proves what I could have done.

“It’s a bit disheartening that it’s the reversed grid, but it proves we’ve got the pace and can push on for the rest of the year.” 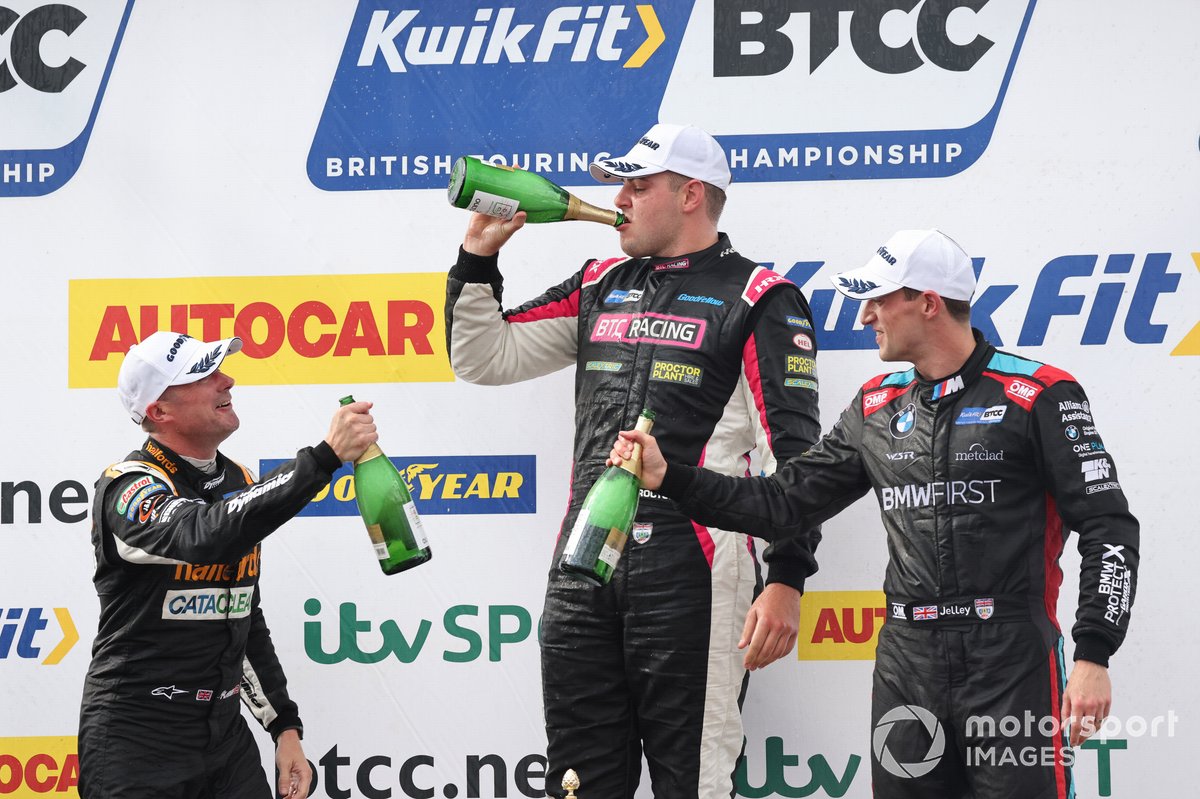 Gordon Shedden was third throughout the race in his Team Dynamics Honda Civic Type R, while the battle-scarred LTR Infiniti of Aiden Moffat was fourth after muscling past Adam Morgan’s Ciceley Motorsport BMW on the opening lap.

Chilton (Ciceley BMW) and Smiley, who recovered well from his first-race smash in his Excelr8 Honda, completed the top 10.

Excelr8’s main title contender Tom Ingram was collateral damage of the Sutton/Proctor clash – he was forced wide, had to pit to have grass removed from the radiator, and finished at the back of the field.