The squad finished sixth in the Teams Championship in 2017, while Mat Jackson was its lead representative in the drivers' points in eighth with one victory.

It unveiled an updated Focus - which features the latest RS-spec bodywork - for the 2018 season at Autosport International in Birmingham on Thursday.

Motorbase has already signed Tom Chilton for the 2018 campaign.

Team principal David Bartrum said the new look had been in development for months at the squad's Kent workshops.

"I'm a Ford fan through and through," said Bartrum.

"The RS name [is] in my DNA from when I raced [production saloon] Ford Sierra RS Cosworths back in the day so I'm over the moon to bring them back to the BTCC as part of the Motorbase stable.

"The RS styling suits the BTCC bodywork so well, the styling is aggressive and has given the Focus a whole new look.

"The team have done an excellent job over the winter, it's not just been a case of updating a few bumpers, a lot of development work has gone into this car and we're confident that the improvements will show on track."

The team will now head to Spain to conduct its pre-season testing.

Jackson stays on board 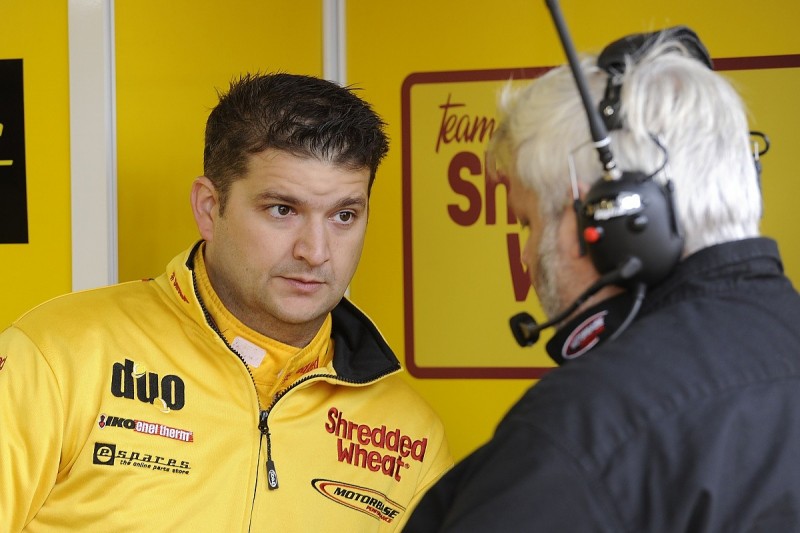 Motorbase announced at Autosport International later on Thursday that it will retain Mat Jackson alongside Chilton.

Jackson, a 31-time BTCC race-winner and series runner-up in 2008, is going into his ninth consecutive season with Motorbase.

"It's great to be back with Motorbase for another crack at the championship," said Jackson. "I'm looking forward to it immensely.

"I know that the guys have been hard at work over the winter to improve the pace of the car and there's been a huge amount of hard work that's gone in from their side.

"We've got a whole new set-up this year with the RS and a new team-mate in Tom on-board for the season.

"It's going to be an exciting season, and we're hopeful that the changes will put us in good stead to battle for the BTCC title this year."

Team head David Bartrum added: "Both Mat and Tom have fantastic proven track records which speak for themselves and they are both hungry to become the 2018 BTCC champion.

"They have great respect for each other professionally and already get on well, which is great for the dynamic of the team."