For Whorton-Eales, who took part in the entire 2017 BTCC in an AmDTuning Audi S3 and tackled one round in an MG in 2018, it was the second time he had won a prize outing.

He took part in Dunlop's annual prize test in 2016 after winning the Renault Clio Cup.

Whorton-Eales said: "It was great to test a proven race-winning car. Motorbase has come a long way in developing this car in the two years since my first test."

He was joined at the test by Mini JCW runner-up Nathan Harrison, who had coaching from 2018 BTCC race winner and Motorbase regular Tom Chilton (pictured below).

"This was an amazing day, thanks to Dunlop and Motorbase," said Harrison.

"It's a great opportunity and I'm working hard on raising a budget to move up to BTCC.

"The grip and power of the car felt great and I feel that the Mini Challenge has been a step towards preparing me for this."

Each driver handled the Focus on the Snetterton 300 circuit. 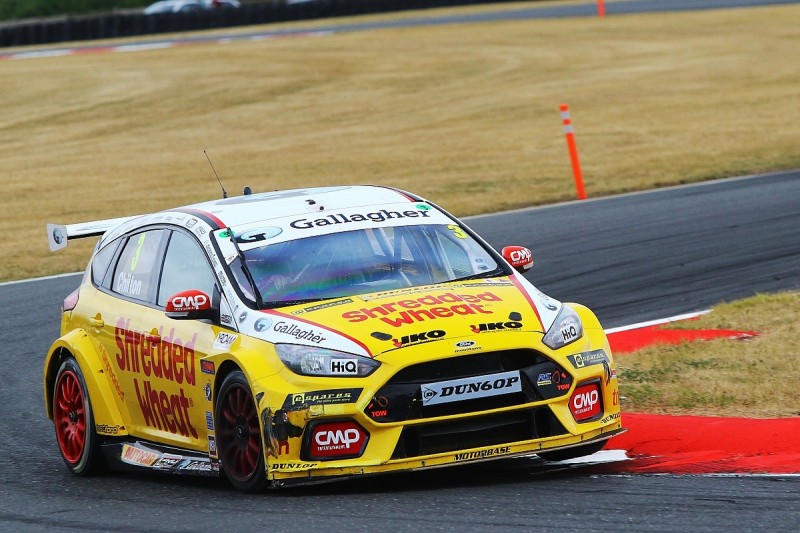 The two drivers used Dunlop's prime tyre in the morning before switching to the soft option rubber for race distance runs in the afternoon.

"With Ant returning to the BTCC we trusted him to start his runs on cold tyres and bring them up to speed quickly.

"For Nathan, he had the opportunity to drive after Tom Chilton had brought the tyres and brakes up to temperature.

"He then progressed perfectly to get on to the pace very quickly.

"Both drivers didn't overdrive the car and performed impressively."

Dunlop's Mickey Butler added: "We are grateful to Motorbase Performance for giving our Dunlop Champions such a brilliant opportunity.

"Dunlop invests heavily in national level motorsport, and this year we showcased talent from the Mini Challenge, which has established itself as a genuine step on the ladder into BTCC."

A third Mini Challenge racer Kyle Reid, who won the Mini Cooper Pro category this year, will test the Focus in 2019 as he was unable to attend this session.