When Paul O'Neill joined Vauxhall's lineup for the 2002 British Touring Car Championship, the youngster had three of the series' top names to learn from. From that trio, he singles out double BTCC champion James Thompson as his favourite team-mate and explains his greatest traits for the latest instalment of Autosport's 'my favourite' series

The latter couldn’t have hoped for a better trio of drivers to learn from - between them, Thompson, Muller and Neal won each of the next five BTCC titles, Neal adding a third crown in 2011 to his 2005-2006 brace.

“To have three team-mates of the calibre of Matt Neal, James Thompson and Yvan Muller was a massive thing for me,” says O’Neill, “because I’d only been racing for three years.”

Yet it’s 2002 and 2004 champion Thompson that O’Neill picks as his favourite team-mate, the pair also working together closely in 2003 when the Scouser joined Thompson and Muller under the T8 banner.

O’Neill had long been “a massive fan” of Thompson’s, the Yorkshireman having emerged as a race-winner at Vauxhall in a truncated 1995 campaign alongside John Cleland before becoming an established star upon joining Honda in 1997.

“I was like a little kid around him,” O’Neill says of their first interactions in 2001 when a mutual connection informed Thompson of the series rookie’s adulation. 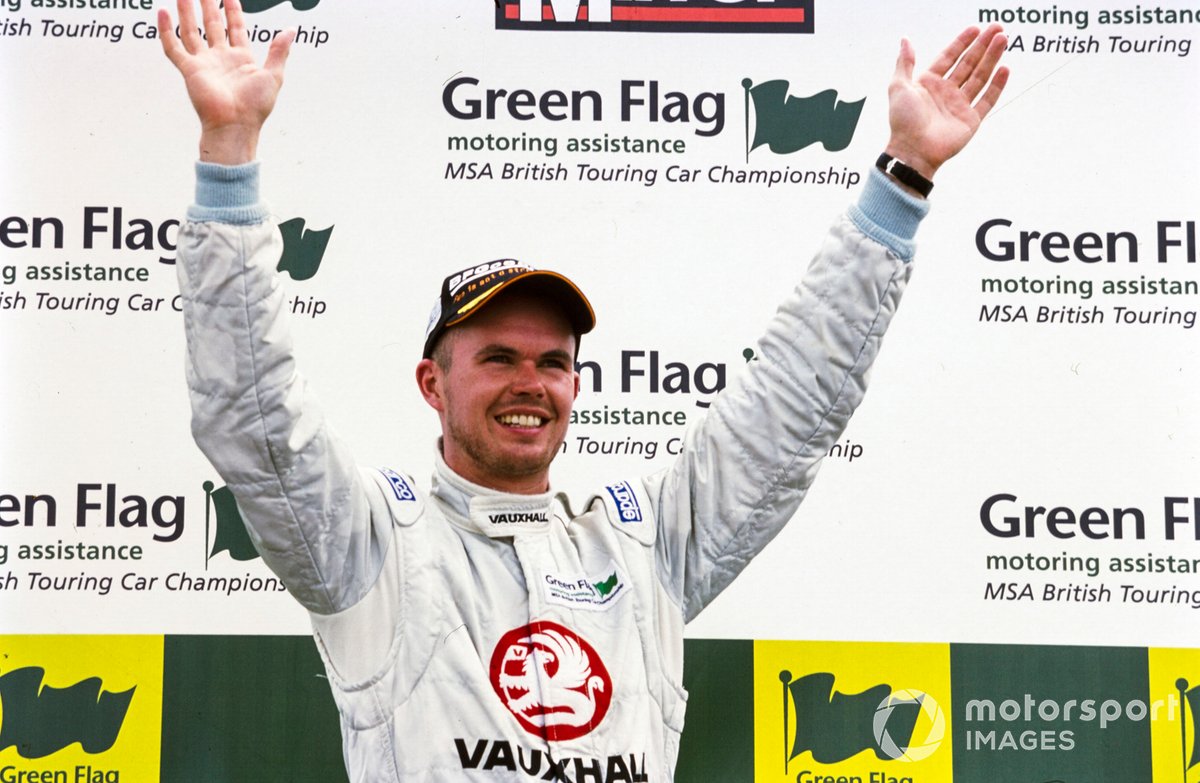 But O’Neill says Thompson “was quite instrumental” in his career-making move for 2002 at the age of 22.

“He was at Egg in 2001 with Phil Bennett, then Phil moved on to Proton in 2002 and it was just not on my radar at all,” recalls O’Neill, today a pundit on ITV4’s BTCC coverage. “Marvin Humphries at Techspeed had put the deal together, but it was James that went to [T8 boss] Ian Harrison and said, ‘You need to give this lad a chance’."

O’Neill says Thompson was generous in his advice - allowing the “really nervous” young gun to follow him around the Brands Hatch GP circuit to learn his lines in practice - and would lend support by looking over his data.

"When he was comfortable with me being okay, he’d then go and do his own thing. That’s how good he was. He's not just a special driver, he’s a special man" Paul O'Neill

“He always put his plans on the back-burner to help me out,” O’Neill says. “He was stunning to me. He did everything he could, even though he was battling for a title and being paid big wages.

“A lot of my coaching work that I do is because of James and how he told me how to do it. He coached me to straighten the wheel out coming over Clearways on the Grand Prix circuit at Brands GP. He said, ‘It might feel like it's understeering, but straighten the wheel out’. I was like, ‘You’re having a laugh mate, I’ll go straight in the gravel!’ But it was just to get the traction of the wheels going and to stop the understeer. He taught me things like that which I didn’t know about.”

Thompson also helped to lift O’Neill’s confidence after a run of early-season DNFs before his breakthrough win came at Oulton Park, on a topsy-turvy afternoon when Neal had a drive-through penalty for stopping at the wrong pitbox then crashed trying to pass MG driver Warren Hughes, Thompson had a left-front puncture and Muller suffered a misfire.

“He won me the race at Oulton in 2002,” he says. “Before we went out to qualifying, he kept me pecker up, he said ‘Listen mate, you just need to do this, this and this’. He was behind me on the grid and he said, ‘When I flash you, that’s when I need you to move out of the way and we’ll crack on together’. 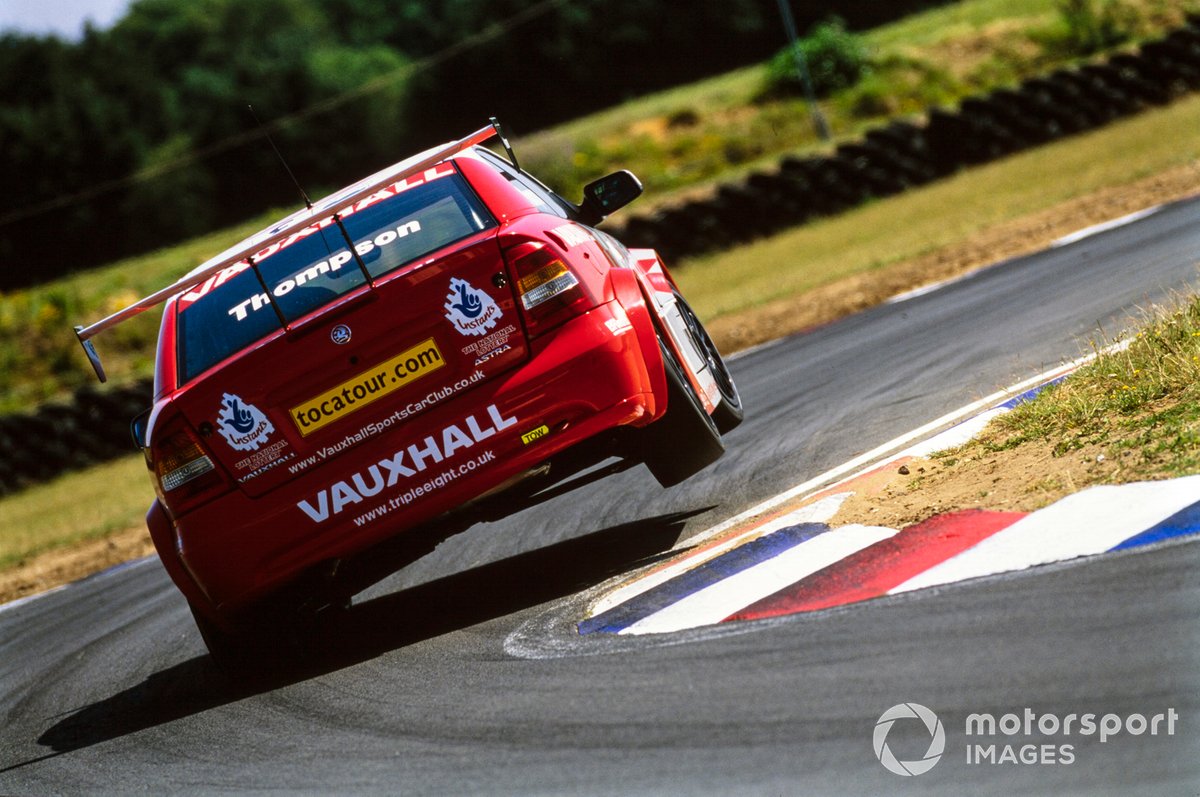 Thompson was generous in his advice to O'Neill, who still uses his coaching tips today

“When he was comfortable with me being okay, he’d then go and do his own thing. That’s how good he was. He's not just a special driver, he’s a special man who I still speak to on Facetime every week.”

O’Neill says that one of Thompson’s lesser-appreciated attributes was his technical ability. A left-foot braker, O’Neill says he was a “technically gifted” driver who was “very switched on with weight transfer”.

“He could use the brake and throttle together to change the rotation of the car and then be on 100% throttle quicker than most other people,” says O’Neill of a trait that allowed him to still be competitive with success ballast.

“He was a massive thinker,” adds O’Neill. “A lot of people saw James at the time as a party animal, but he was a cut-throat race-winner, title-winner.

“I’ve seen him going up against Yvan and I’ve seen Yvan question himself. I still regard Yvan Muller as probably the best touring car driver that Great Britain has ever seen, being dead honest. And he rattled Yvan, a lot of times. He was also the biggest sandbagger with the straightest face I’ve ever seen!

“He was an all-rounder and one of the best drivers I’ve ever seen in touring cars. I’ve got to give him high praise, no-one comes close to what James did for me.” 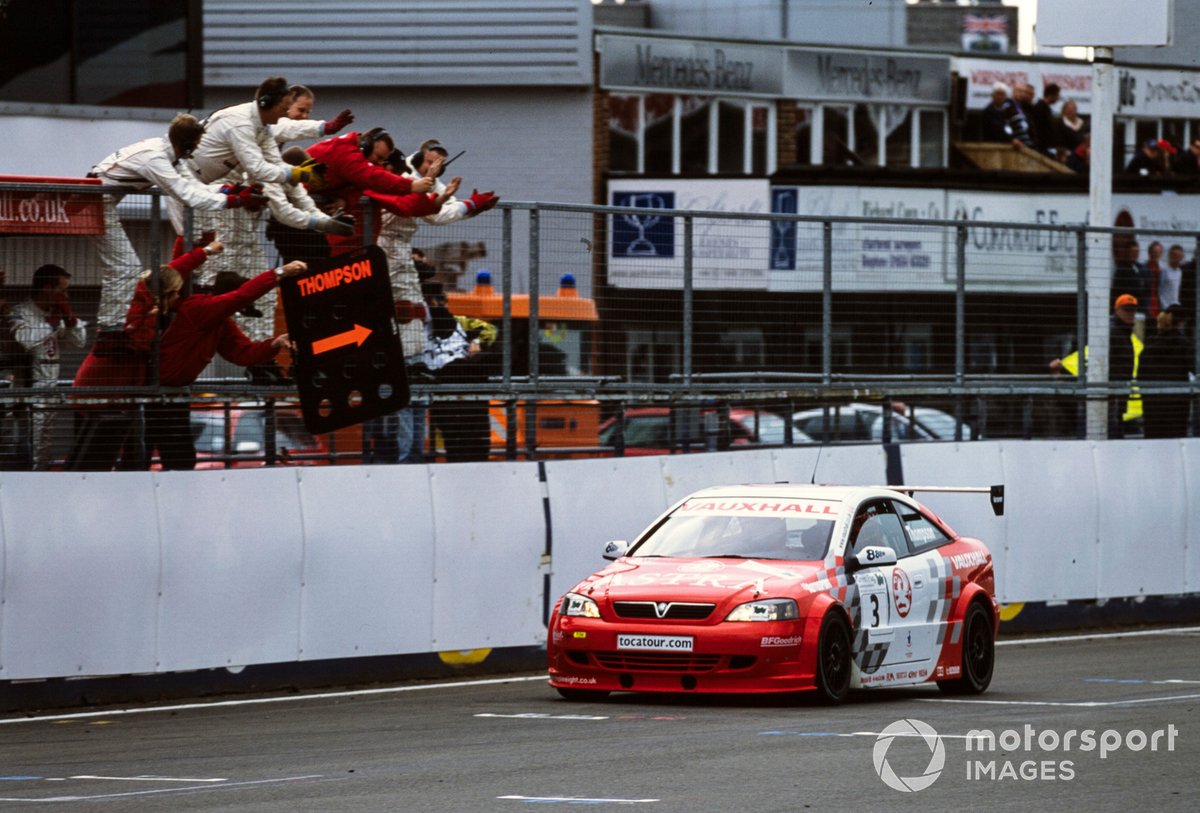 Thompson clinched the 2002 title after a season-long duel with Muller, and repeated the trick in 2004