Neal had set a record-breaking pole position lap on Saturday, and continued that form into the 16-lap race. He fended off a strong early challenge from Colin Turkington (WSR BMW 125i M Sport) as the pair raced side-by-side into the Complex on the opening lap.

Neal had the inside line for Campbell corner and held first place. The gap between the pair ebbed and flowed but was rarely more than one second. In the end, Neal crossed the line 0.8s ahead of his rival to take his 62nd career win.

"That one was for [the late motorsport journalist and commentator] Henry Hope-Frost," said Neal.

"What a great result for the new car too. I was sitting in front waiting for the tyres to go off because Colin was right on me, but it never happened. I had the best start I have had for a couple of years and was able to fend off Colin, which was important.

"Our car is very strong in the quick corners out the back of the circuit, and because I was ahead, I was able to stretch my legs a bit." 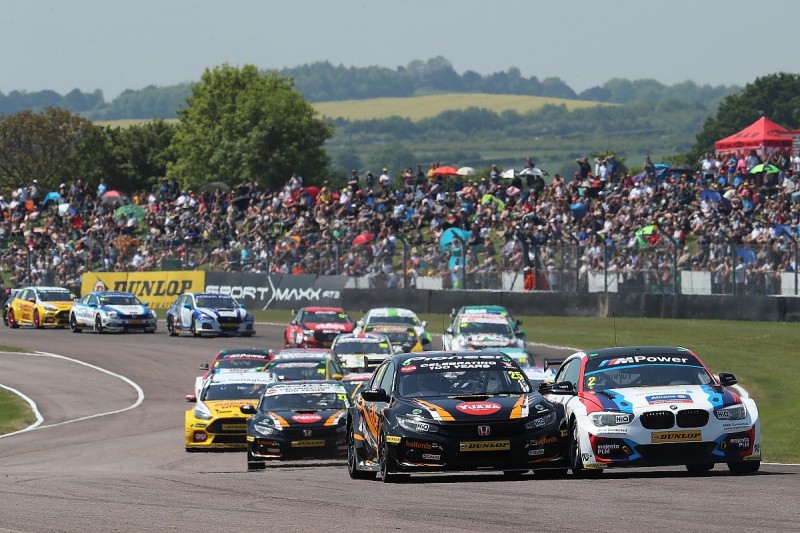 Turkington said that although he had been defeated, he was pleased to get points on the board after scoring only six during the three races at the previous meeting at Donington Park.

"That is a great start to the day - this championship is all about consistency. I had the pace to stay with Matt early on, but the rear tyres went off after about three-quarters distance, so I just backed it off a little bit."

Turkington also set a new lap record in his efforts to rein in Neal, with a 1m17.243s tour to lower the oldest record in the championship, previously a 1m17.303s set by Yvan Muller set in the Vauxhall Astra Coupe back in 2002.

Neal's team-mate Dan Cammish took third place after jumping fellow second-row starter Brett Smith (Eurotech Honda) off the line as his rival bogged down when the lights went out.

The main casualty of the event was points leader Tom Ingram. He pitted in his Speedworks Motorsport Toyota Avensis after only five racing laps. He had maintained his starting position in the top 10, but an electrical problem forced him to park up. 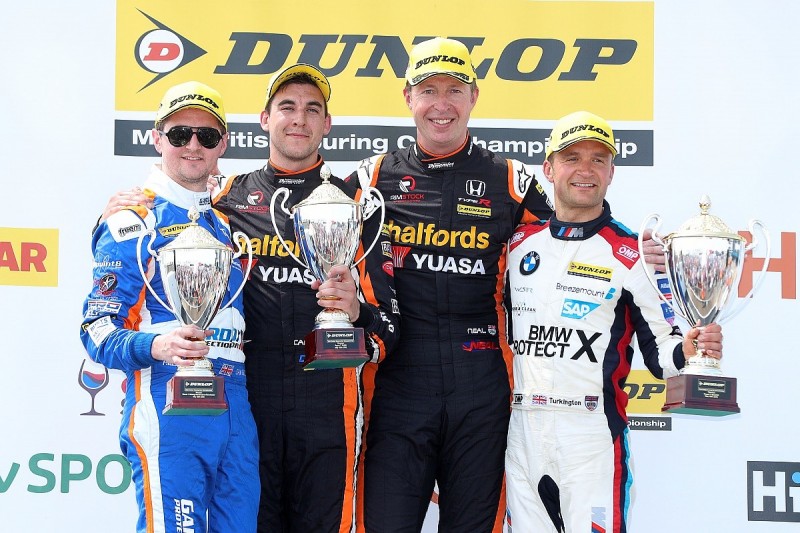