British Touring Car Championship title contender Jake Hill recovered from a disastrous qualifying and race one of the weekend to win the finale at the Silverstone round.

Hill started from third on the grid in his Motorbase-run MB Motorsport Ford Focus, which had 9kg of success weight on board, behind the front-row sitting, ballast-free Power Maxed Racing Vauxhall Astras of poleman Dan Lloyd and Jason Plato.

The Ford immediately got ahead of Plato, who says he has been suffering with a lack of power all weekend, while Lloyd built a small early lead.

But Hill chipped away at the gap and was with Lloyd by the fifth lap of 22.

Hill was strong in the final sector, and made attempts at a pass at Brooklands and Luffield on the eighth lap, which didn’t come off.

Two laps later, Hill inserted the Ford into a chink of light on the inside of Luffield, and the duo ran side by side down the start-finish straight before Lloyd conceded the lead at Copse Corner.

But Hill never got away, and Lloyd remained close enough for the leader to never be able to relax before the Ford driver took the flag by 0.698 seconds.

In turn, championship leader Ash Sutton was on a charge in his Laser Tools Racing Infiniti Q50 from eighth on the grid.

After numerous attempts, he finally made a pass stick on Stephen Jelley’s West Surrey Racing-run BMW 330i M Sport at half-distance for fourth. 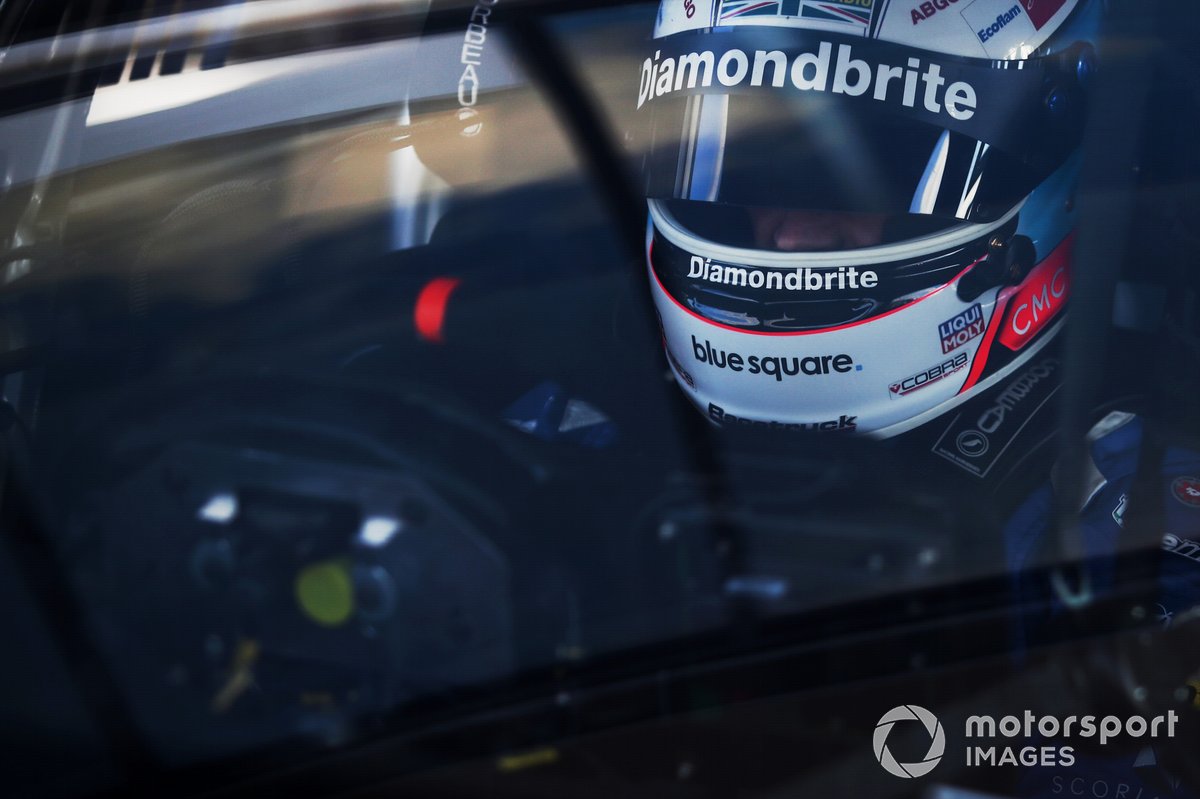 Chris Smiley’s Excelr8 Motorsport Hyundai i30 N then fell to the flying Sutton with six and a half laps remaining, and Sutton began to whittle down the gap to the leading pair.

By the finish, Sutton was just 0.746s adrift of Lloyd, and it could have been a different story had the race run a couple of laps longer.

“I had to work hard for that one,” said Hill, who also claimed fastest lap. “It’s been an absolute rollercoaster of a day.

“I had to work out where Dan was weak; I’d done him in race two at the same place, so I figured if I do it anywhere that’s the best place.

“I’ve got a lot of respect for Dan, so a big thank you to him for playing fair – I really enjoyed it.”

Smiley held on for fourth, although Jelley was probing the Northern Irishman’s defences in the closing laps.

Plato was a frustrated sixth, ahead of the second LTR Infiniti of Aiden Moffat and four-time champion Colin Turkington’s WSR BMW.

Turkington dropped to 12th in the early stages as he got involved in a massive scrum fighting on the fringes of the top 10, but picked his way through in style to get up to eighth.

Dan Rowbottom was the last person to be passed by Turkington, and the Midlander took ninth in his Team Dynamics Honda Civic Type R, with Ollie Jackson rounding out the top 10 in his MB Ford.