BTCC organiser TOCA revealed a new calendar on Monday morning, with the first round taking place at Donington Park on 1-2 August, the first of no fewer than four events that month.

The championship, which has been cut from 10 rounds to nine, will run through to mid-November on the Brands Hatch Grand Prix Circuit.

With Silverstone announcing that the British Grand Prix will take place behind closed doors if it runs on its scheduled date of 19 July, that raised questions as to whether the BTCC - which begins just two weeks later - will have to operate in the same way as the fallout from the coronavirus pandemic continues.

BTCC chief Alan Gow told Autosport: "Obviously that's entirely in the hands of the government, but if we have to [run behind closed doors] then we will - that goes without saying.

According to estimates, at least 1500 people work in the BTCC across the headline act and its five supporting championships, meaning that restrictions would likely be placed on personnel should race events have to take place without spectators. 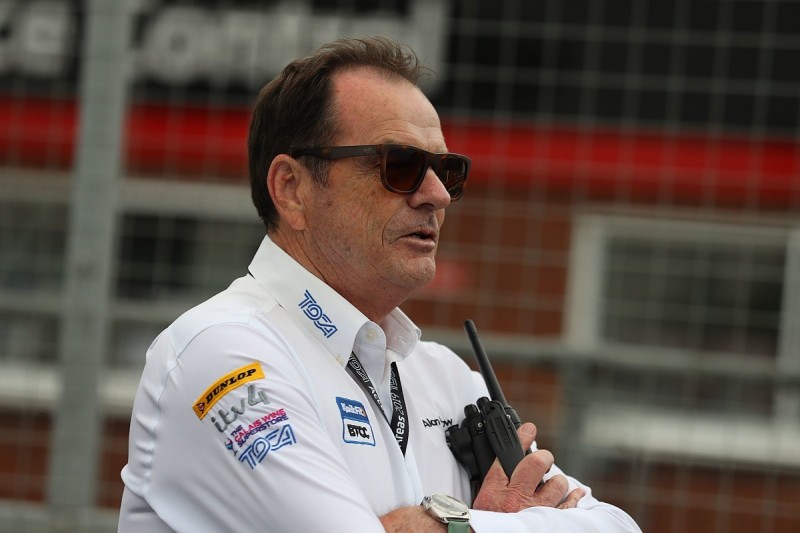 "That depends on what stipulations we have to run under," said Gow.

"If the British Grand Prix gets the go-ahead to run behind closed doors, then we won't have a problem at all - I don't know how many thousands they have working!

"If the government say you can have no more than 2000 we're fine, but if they said 1000 we'll have to cut our numbers down accordingly.

"We can cut it to suit, and we have already started drawing up plans to limit the number of working personnel the teams have."

That would mean all personnel non-essential to the running of the car would have to stay at home and watch the BTCC on TV.

Gow said that existing BTCC personnel, extending to hospitality and catering, numbers "roughly 40 per car", but that cutting this to those "working on the car and getting it on track averages about 10 people per car, plus the driver".

"It's quite easy to work within limited numbers, if we're given them," he continued.

At present, Motorsport UK is only committed to not issuing event permits until 30 June, one month before the BTCC season is due to make its belated start.

"Who knows whether we'll be able to start in July?" said Gow.

"I put it down to a reasonable assumption that August would be a safer bet than July, and having said that the BTCC doesn't normally run in July anyway."