The Honda Civic Type R driver battled his way to the front of the pack on his softer Dunlop tyres as those ahead tripped over each other.

Jason Plato led the majority of the event in his Team BMR Subaru, but he was under attack from the WSR BMW duo of Sam Tordoff and Jack Goff and also from his BMR team-mate Colin Turkington

Neal leapt up to third as Goff and Turkington tripped over each other coming out of the Taylor's Hairpin on lap 22, and then jumped both Tordoff and Plato as the pair battled out of the hairpin two laps later. 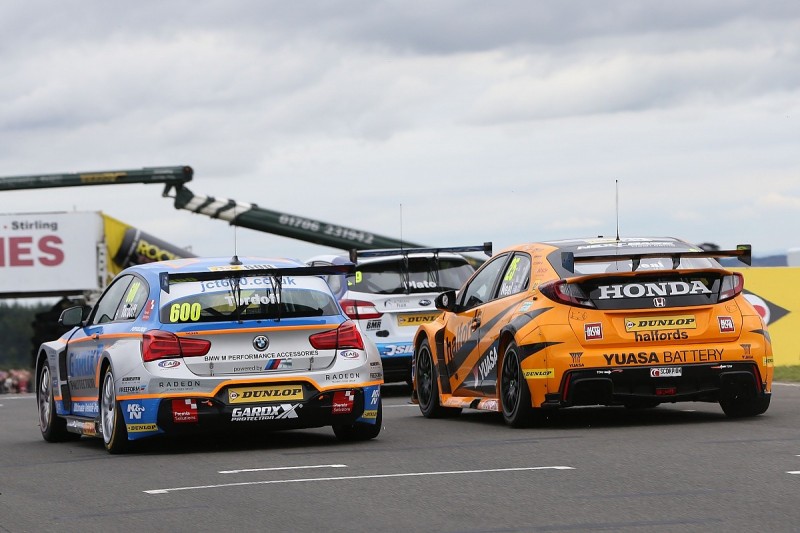 Neal was then left clear to win with Tordoff second, Plato third and Turkington fourth.

"That was a great race," said Neal. "Early on, I was bottled up behind Andrew Jordan's car, and I was losing time.

"Once I got up to the leaders, I could see that Tordoff was being held up by Jason and he was placing the car just right and backing them both up, so I took my chance.

"The Honda Civic was monstrous, and it bodes well for [team-mate] Flash [Gordon Shedden], who is on the soft tyres for race three."

WSR BMW 125i M Sport man Collard battled up from 17th on the grid to fifth, ahead of Mat Jackson's Ford Focus and the ailing Goff.

The reserved grid draw was pulled by British GT champion Jonny Adam. He picked Jackson's Focus for pole position by drawing out the number six.