Sutton overturned a nine-point deficit to four-time champion Colin Turkington by finishing second in the wet opening race at Brands, but his win second time out on slicks on a damp circuit meant he only needed to keep Turkington in sight in the finale.

Sutton, who won the title in 2017 with BMR Racing's Subaru Levorg, was contesting his first BTCC campaign with the Infiniti - and the car was undergoing its first full campaign.

"Weather-wise we were always gunning for rain," Sutton told Autosport. "But I was shocked by my car performance in race two when it dried out - slicks in the damp is normally one of the worst combinations for a rear-wheel-drive car.

"The track was drying lap by lap, and the team was in my ear giving me target times while I was just bringing in the tyres - and then I set fastest lap [earning an extra point]."

Of the final race, Sutton added: "From the get-go Colin had the intention of taking it away from us.

"I was at the back [of the battle for fifth] for a handful of laps, but I had a potent rear-gunner in Aiden [Moffat, team-mate].

"When the gaps opened up I went through, but Aiden has also played a massive part and so have the team.

"I came into the weekend with the mindset of being prepared to take on all the challenges, despite my nerves and my stomach doing somersaults twenty-four-seven.

"The team have done a phenomenal job and the car has been phenomenal too."

Laser Tools boss Bob Moffat, the father of Aiden, said that the success of the Infiniti was not something he expected after only introducing it for his son to drive from the middle of the 2019 season, to replace the squad's Ciceley Motorsport-built Mercedes A-Class.

"I knew the Infiniti would be a better race car than the Mercedes, but to get to where we've got in such a short time is incredible," Moffat Sr told Autosport. 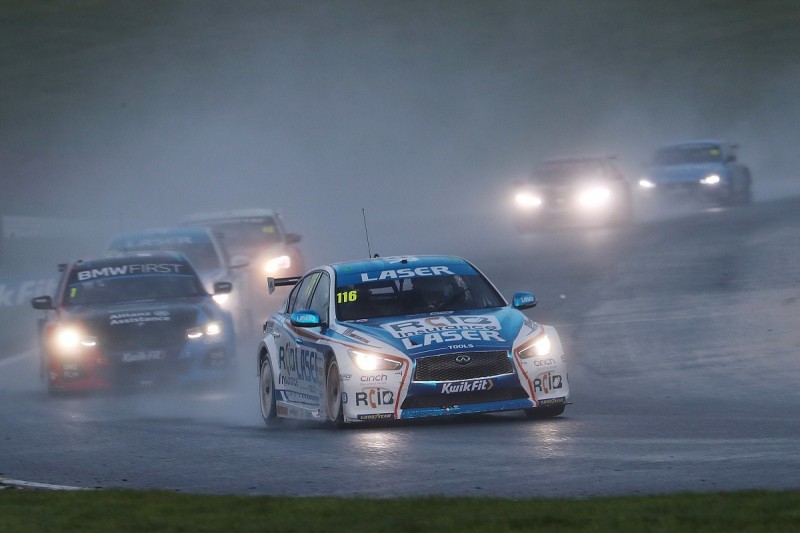 He added that the team's merging with Sutton's old BMR squad proved pivotal.

"You bring in Ash, who you'd argue is the best driver in the championship and that's why we got him," said Moffat.

"And with Ash you've also got someone who's fantastic at rear-wheel drive, and the expertise of BMR, and that meant we got better rather than going back to scratch.

"This wasn't by accident - this was calculated."

Moffat said that the LTR/BMR liaison would be open to building customer cars if required.

Turkington said he could not be too disappointed at finishing runner-up, and missing out on what would have been a hat-trick of BTCC titles.

"We gave it our best shot on every level," he told Autosport. "There's no shame in finishing runner-up in this championship.

"Winning it three years in a row would have been incredible, but we just didn't have the pace in the slippy conditions." 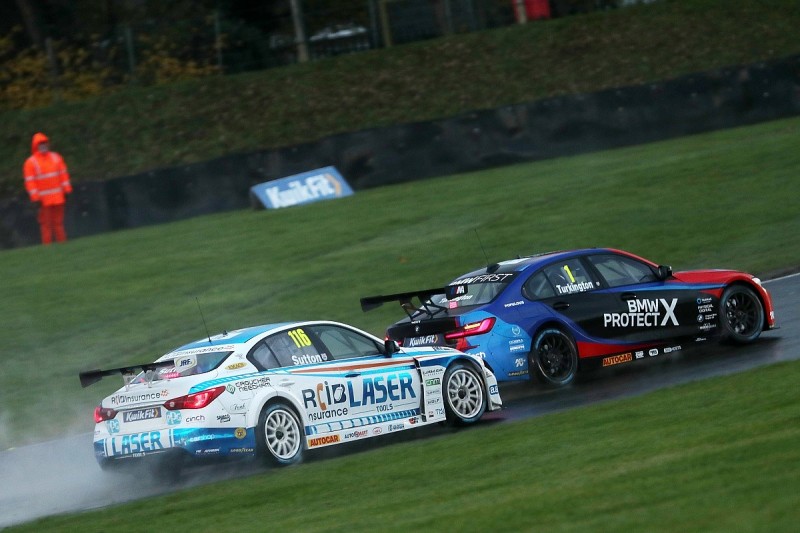