BTC Racing has announced it has parted ways with Michael Crees ahead of next weekend’s 2021 British Touring Car Championship opener at Thruxton.

The 37-year-old was set to pilot one of three BTC Racing Honda Civic Type FK8s this season alongside Josh Cook and new recruit Jade Edwards.

Upon moving to the Brackley squad last season after a challenging season with Team Hard in 2019, Crees won the Jack Sears Trophy for drivers without an outright BTCC podium.

However, just a week before the BTCC season opener at Thruxton (8-9 May), the team revealed it will be parting ways with Crees. The team statement didn’t clarify the reasons for the split, but said Crees was departing "on amicable terms".

The statement added that the team will announce a replacement "in the next few days, prior to Thruxton".

“On behalf of everyone at BTC Racing, I’d like to take this opportunity to thank Michael for his participation with the team in the British Touring Car Championship,” said Steve Dudman, BTC Racing Owner and Team Principal.

“It’s a shame the partnership isn’t continuing, but we wish him well in his future endeavours.” 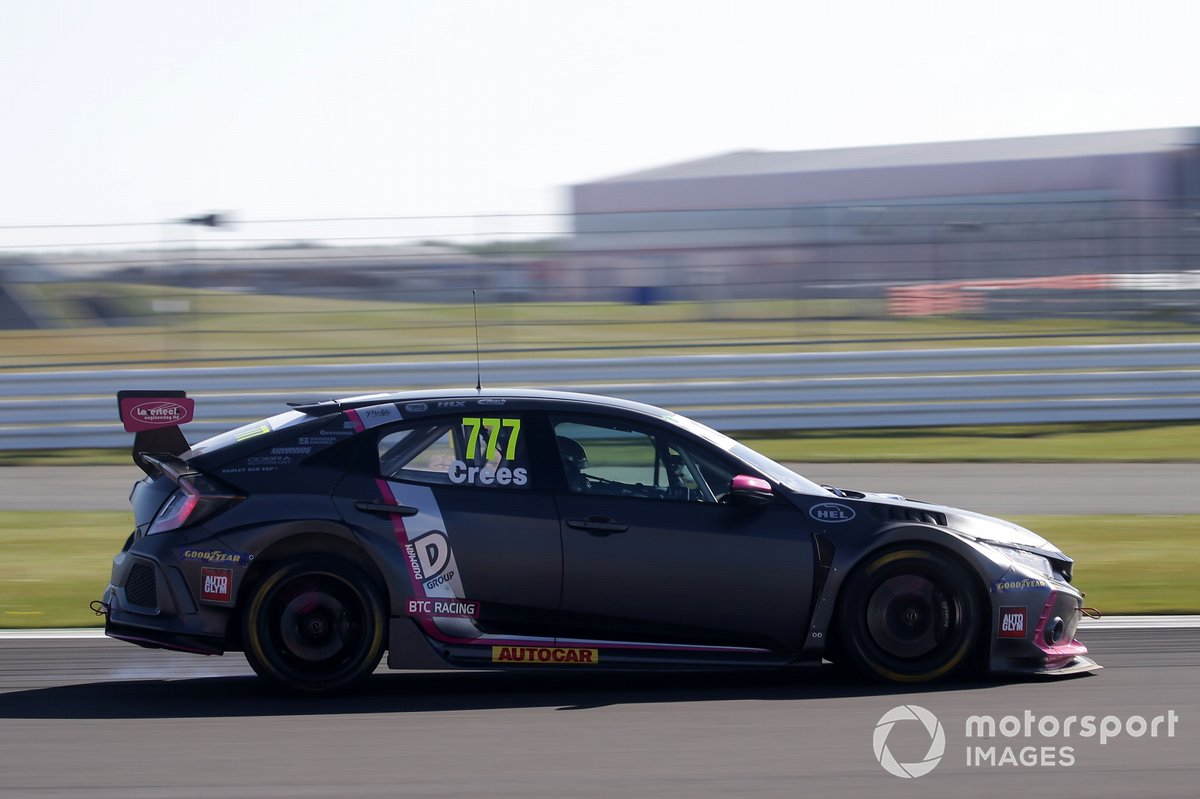 Crees’ future in the category is unknown, with the grid already confirmed for the championship’s Thruxton curtain raiser.

The 2018 Ginetta GT4 Supercup Am class champion, Crees was a regular top 15 contender in 2020 and finished 13 of the 27 races in the points. His best result came with a ninth place finish in the second race at Thruxton.

A 29-car grid is expected to line up at Thruxton for what is a delayed start to the championship due to the COVID-19 pandemic, series organiser TOCA opting in January to postpone the season-opener for five weeks to increase the likelihood of fans attending meetings.