MB Motorsport sporting director Mark Blundell has said that early British Touring Car Championship leader Jake Hill now has the structure behind him to push to a new level.

Hill and his Ford Focus scored a hat-trick of third-place finishes in the opening round at Thruxton to take the points advantage on the first competitive weekend for the new merger between MB and Motorbase Performance.

That also boosted the Motorbase Ford effort into the lead of the BTCC manufacturers’ championship over BMW and Toyota, with the operation having moved out of the independents’ ranks for 2021.

Ex-Formula 1 racer Blundell drove alongside Hill in 2019 in the AmD-run Trade Price Cars Audi line-up, but he stepped out of the driving seat for 2020, when AmD’s team of Honda Civic Type Rs was renamed MB Motorsport, with Hill driving one of them to seventh in the points.

“I had Jake as my team-mate in my touring car debacle,” Blundell told Autosport, “and I understood exactly what I was up against, and I could see the ability and the talent that he had.

“We knew that if we got Jake into good machinery and with a good team behind him, he could take a real step forward.” 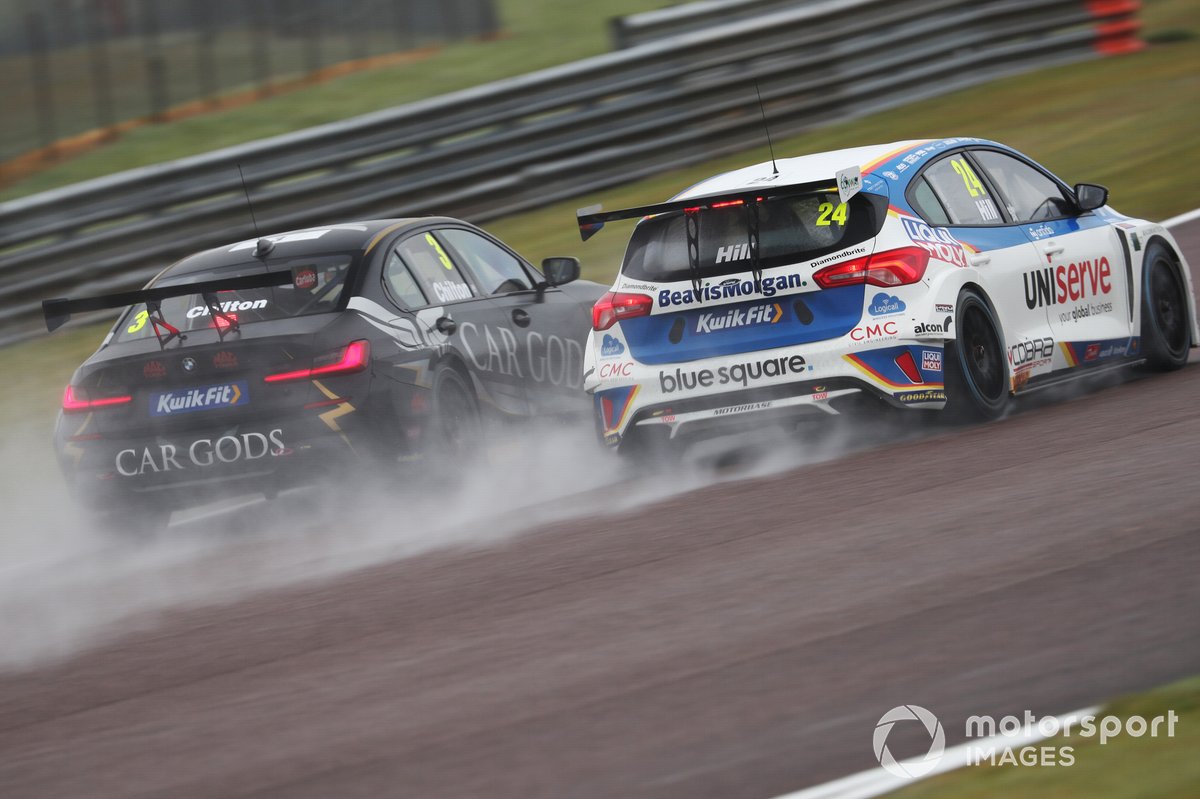 But Hollamby has since stepped away from the programme, and Osborne Sr has appointed Bartrum as joint principal of a team that has integrated Motorbase and AmD staff together, with Hill and Ollie Jackson running under the MB banner, and Osborne Jr and Andy Neate as Motorbase.

“The team is an established team as Motorbase in its own right, but at the same time it’s a new team in the merger with AmD and the new ownership,” said Blundell.

“So for us to come away with that result on our first weekend is a very rewarding one.

“I think Jake is one of those guys where a lot of people understand his ability and his potential, and now he’s got the structure about him to take it to the next stage.”

Blundell said he was particularly impressed with Hill’s reaction to being baulked on his final lap of qualifying by Jason Plato, costing him a top grid position for race one, for which he started seventh.

“He showed that after qualifying with Jason – he’d be within his rights to be blowing his top about it, but he calmly walked to the back of the garage and took it like a professional. That’s the attitude we’re trying to instil.”

Blundell also praised Hill’s team-mate Jackson, whose chances of a top result were scuppered when he was forced to pit in the opening race to remove grass from the radiator after his collision with Gordon Shedden on the first lap, when he was lying just behind Hill.

That meant he was playing catch-up for the rest of the day, although he finished the finale in ninth place, with the third fastest lap of those on wet-weather tyres.

“Jake’s got a strong team-mate with Ollie, and that’s a positive because he can keep him on his toes,” said Blundell.

“The problem in the first race was a crying shame because he was on for a strong result.

“His performance shows our intention is always to have depth across the whole garage – in their own rights, they both had strong weekends.”