W Series competitor Jess Hawkins will become the fifth driver to campaign the Power Maxed Racing Vauxhall Astra this season when she contests the Snetterton British Touring Car Championship round.

The 25-year-old will be making her BTCC debut at the 24-25 October event after testing the Vauxhall at the Norfolk circuit last month.

Hawkins will be following in the footsteps of Mike Bushell, who drove the Astra in the August rounds at Oulton Park and Knockhill, plus Rob Austin, Jade Edwards and Jac Constable, who took the wheel at Thruxton, Silverstone and Croft respectively.

As well as racing, she has become well-known as a stunt driver and also appears in the Guinness Book of Records for a record lawnmower 0-100mph record of 6.29 seconds.

Her appearance in the BTCC accelerates a tin-top career that includes being a title contender in the Mini Challenge Cooper class in 2017.

Power Maxed boss Adam Weaver said: "I'm really excited about seeing what Jess can do in the Astra.

"She impressed us at her initial test session a few weeks ago and, judging by her results in front-wheel drive machinery, should be a strong contender once she hits the Norfolk Tarmac in a couple of weeks.

"Not only does she show phenomenal car control, as evidenced by her on-screen stunt credentials, but she's a great person to work with, and shows tremendous commercial acumen." 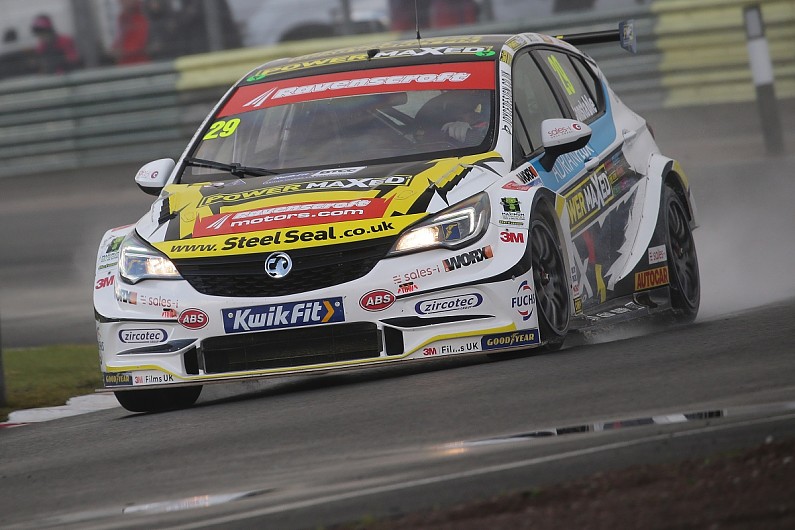 Hawkins added: "BTCC is where I've always wanted to be - it's my dream.

"I've managed to knock on the door a few times, but I genuinely can't believe it's actually happening, especially with such a great team behind me in PMR.

"I hope it's the first of many appearances on the grid for me!"

Former Ginetta GT4 Supercup and Radical racer Constable did a respectable job on his BTCC debut at Croft and outqualified three of the series regulars.

But he was taken ill on Saturday night and, despite attempts to recover on Sunday morning, was unable to take the start of any of the races.

Meanwhile, Bushell transferred across to the Team Hard Volkswagen CC raced earlier this season by Ollie Brown and Tom Onslow-Cole.

He crashed in both free practice sessions and also hit the barriers in qualifying, but finished all three races in the overall points and claimed the day's highest score in the Jack Sears Trophy, for drivers who have never finished on an outright BTCC podium before the current season.