© 2020 Autosport.  All rights reserved.
Previous / Cammish recovers from off for Thruxton pole position
Next / Ingram fends off Cammish for Thruxton win

Rear-wheel-drive cars in the British Touring Car Championship have been given a significant further reduction in boost available at the start of races.

BTCC organiser TOCA made the move as part of a review of the equality of the cars in the gap between the most recent round at Knockhill and this weekend's Thruxton event.

It comes at a point when three rear-wheel-drive competitors lie in the top four in the championship standings: Colin Turkington in his West Surrey Racing-run BMW 330i M Sport in first position; Ash Sutton in his Laser Tools Racing Infiniti in second; and Tom Oliphant in his WSR BMW in fourth.

Rear-wheel-drive cars were already running with a 6.5% reduction in boost up to 78mph, but this has been increased to 11.5%.

TOCA supremo Alan Gow explained: "In 2015 we introduced a means of reducing the discrepancy between FWD and RWD starts, given that RWD cars are inherently faster off the line than FWD.

"This involved all RWD cars using a different first gear and reduced power of approximately 6.5% from 0-78mph during the start phase.

"Calculations based on data from the first four events this season has proven that this should be revised.

"From Thruxton this weekend there is no change to the first-gear ratio, but a further reduction of 5% of the power available up to 78mph during the race-start phase.

"For clarity this reduction is only during the 0-78mph start sequence, after which there is no other change to the engine power levels at any time during the race regardless of the car speed.

"The methodology, calculations and validation were carried out by TOCA's independent engine consultant Clive Dopson and Cosworth Electronics." 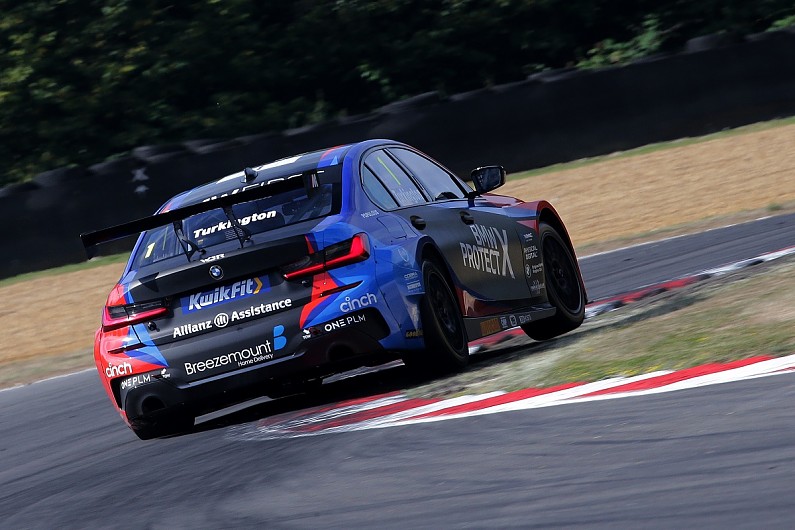 Thruxton polewinner Dan Cammish, one of the leading front-wheel-drive contenders in a Honda Civic, told Autosport: "From our side I'm not convinced it actually makes that much difference.

"Maybe it's a step in the right direction, but I'm not convinced."

WSR boss Dick Bennetts played down reports that his BMWs and LTR's Infinitis had been practising starts with the new restrictions at the Millbrook proving ground on Thursday.

"We were just having a shakedown, although we did put in a new map," Bennetts told Autosport.

"It's just frustrating - we chose a rear-wheel-drive car, and it has its pluses and its minuses, and they take away the plus.

"When we get to the damp and cold weather towards the end of the season, they [the FWD cars] will be walking all over us.

"People have a right to choose what axle they want to run, and this is just penalising us."

Bennetts also hinted that the Mountune-built engine in the new-spec Motorbase Performance Ford Focus could have been investigated after impressive form for the car in early races.

"To me there's one car out there where the boost should be turned down," he said.

"But I'm not in charge of the calculations, so we have to trust in them."

TOCA sources indicated to Autosport that the data for the Ford was comfortably within all the percentages of tolerance regarding variations in performance against other cars.