The AmD team will become Mark Blundell Motorsport for 2020, with the 53-year-old taking on the sporting director role.

Blundell made his BTCC debut last year and raced an Audi S3 for the Trade Price Racing team - which was run by AmD - but called time on his BTCC driving career after a difficult year in which his best finish was 13th at Silverstone.

Now installed as sporting director, Blundell - a former McLaren, Ligier, Brabham and Tyrrell F1 driver - will be partnered in the new team by AmD boss Shaun Hollamby, who will remain as the squad's team principal overseeing trackside operations.

The team's already confirmed drivers Jake Hill and Sam Osborne stay on. The pair had both been announced as driving last year's Honda Civic FK2s but the announcement of the new team did not confirm if it would be switching machinery.

"I made no secret of how impressed I was with the British Touring Car Championship as a platform last year," said Blundell, who also runs a significant driver management stable, MB Partners, that counts Toyota WEC driver Mike Conway and F2 racer Callum Ilott as clients.

"As I found out quite clearly, it is fiercely competitive, and if you ask anyone involved, it's that unpredictable race result that is a huge attraction. 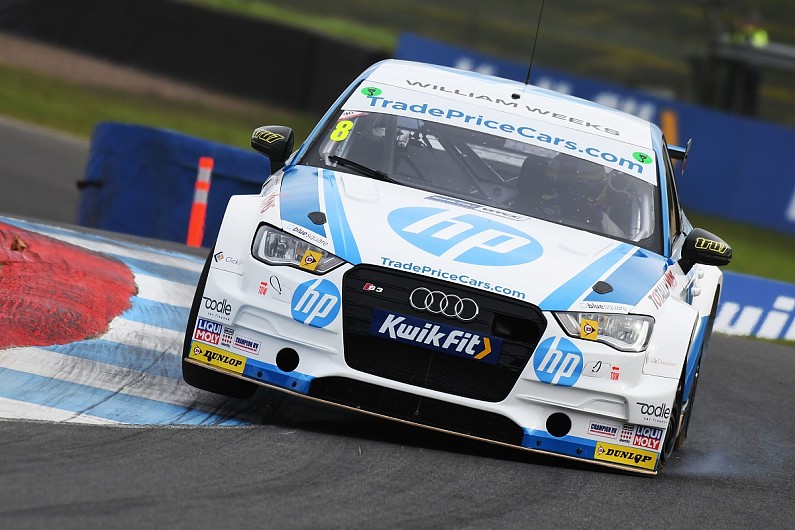 "Last year, together with my team at our sports management and marketing agency, MB Partners, we proved the value that the series can have for a number of major global brands, and the forming of MB Motorsport this year will allow us to further these partnerships and build on those relationships.

"Having reached this stage of my career, I love being involved in motorsport and this opportunity is a new challenge for me and one that opens channels for our managed driver portfolio at MB Partners and many of our commercial partners.

"I have a huge amount of respect for Shaun and his team who run an excellent operation, so working with them and forming MB Motorsport together provides us with a huge platform to build from both on and off the track."

Hollamby added: "Working with Mark and MB Partners last year was of huge benefit to us as a team, and this announcement signals the start of a new and really exciting chapter of our time in the BTCC.

"Mark found out first hand just how tough this championship can be, but he brought with him a new level of detail, processes and the highest of standards to our operation.

"I have known Mark for a number of years, and we have always spoken about how we could work together - now we are finally getting the chance to do so formally.

"Our hope is that combining our pedigree within the BTCC, Mark's experience and profile, and MB Partners' commercial expertise can really take our whole operation to a new level and it is one we cannot wait to get started with."

The team will make further "major announcements and unveilings" before the start of the season.