The Trade Price Cars Racing British Touring Car Championship team has signed Bobby Thompson to drive one of its Audi S3 saloons in the 2020 campaign.

The team, which was new to the grid in 2019, ran former Formula 1 driver Mark Blundell and Jake Hill, with Hill winning a race outright at Knockhill in September.

Hill has since announced that he will switch to an AmDTuning FK2 Honda Civic Type for 2020, while Blundell has yet to determine his future in the category.

Thompson will be entering his third year in the BTCC. He joined the grid in 2018 at the wheel of a Team Hard-run VW CC. He scored two top 10 finishes in his maiden season on his way to 28th in the standings.

He improved to 22nd in 2019 with two further top 10s, including a career-best sixth place in the opening round at Brands Hatch.

He also finished third in the Jack Sears Trophy competition, which is contested between drivers who have yet to register a BTCC podium at the start of each season's contest.

The 2017 Volkswagen Racing Cup title winner said: "As a new team, [Trade Price Cars Racing] had a fantastic year with plenty of success on track, and my goal is to help them build on that in 2020 and fight for more trophies. 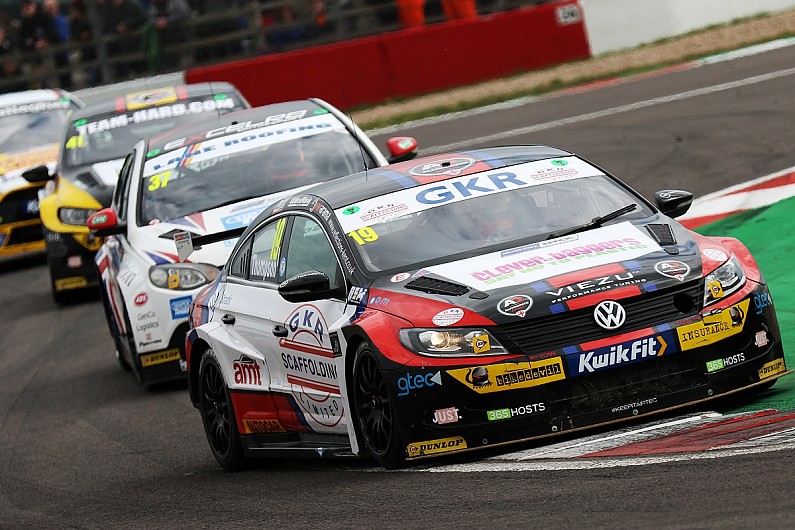 "I've been able to learn a lot during the two seasons that I've spent in the BTCC so far, and I think I've shown I have the pace to run inside the top 10.

"The goal now is to do that on a regular basis and I think it's something that we can do with ease based on how the car performed this year with Jake [Hill].

"If I can get onto the podium during the season then it would be fantastic, and the Jack Sears has to be my aim for the year as a whole. I'm confident that I can build on [what I achieved in 2019] and fight for the title."

Trade Price Cars Racing was an stand-alone entry but was run with engineering support from AmDTuning, which claimed the Independents Trophy with Rory Butcher in one of its FK2-spec Honda Civic Type R machines

Trade Price Cars Racing boss Dan Kirby said that Tompson had been a target for the squad for its maiden challenge.

Kirby said: "When we announced that we were going to join the BTCC grid 12 months ago, Bobby was a driver who we tried to get onboard, and although it was close, we weren't quite able to get the deal done

"He is someone who we have kept a close eye on throughout the year.

"He is a driver who has shown real potential during his time in touring cars and I'm confident that when he gets behind the wheel of our Audi, he will be able to take a step forward and regularly fight inside the top 10.

"He certainly has the talent to make it onto the podium and I think that is a realistic goal for him to aim for. With Bobby as part of our new-look driver pairing for 2020, I think another good season lies ahead."