Tom Ingram says the new Toyota Corolla is superior to the Avensis in which he won the 2018 British Touring Car Championship independent drivers' crown, after scoring its first pole.

The Speedworks driver edged closest challenger Dan Cammish by just 0.002 seconds at Snetterton to score his third BTCC career pole and the first for a Corolla since three-time series champion Win Percy drove a version of the car in 1982.

Ingram netted nine wins in the Avensis after making his BTCC debut in 2014, but other than a partially reversed grid victory in the finale at Donington Park earlier this season he has struggled for results in the all-new hatchback.

But after doing comprehensive set-up work during the mid-season break, Ingram reckoned the Corolla had now surpassed the long-standing saloon.

"[That lap] was bloody brilliant, absolutely fantastic," he told Autosport.

"I'm really excited to get the first pole for the Corolla, and it's great that we've done it on merit - not because somebody got kicked out for track limits.

"It's not by a lot, but it doesn't matter. [The car] felt phenomenal, absolutely sublime. It's the best the car has ever felt, the best touring car I have ever driven.

"In that sense, it's better than the Avensis in terms of balance, how it was responding. It felt awesome."

Although plans to put the Corolla on a four-poster rig during the break fell through, the Speedworks team worked to isolate what impact each set-up tweak has made throughout the first-half of the campaign. 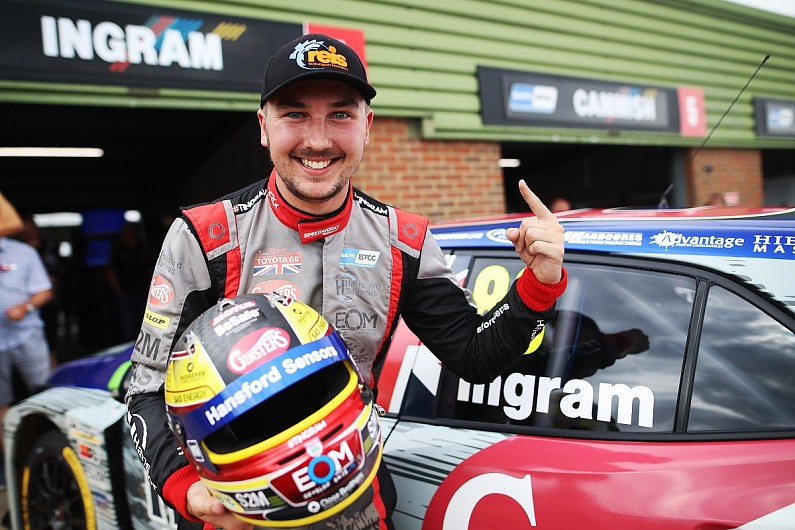 Ingram added: "A lot of it is correlation from what we've learned over the year.

"The stuff that we've tried over the course of the season is ridiculous. You forget what works and what didn't. The work ethic has been insane.

Although Snetterton has traditionally favoured front-wheel-drive machinery, and penalises competitors carrying success ballast - of which Ingram only had 6kg - he reckons that the Corolla's pace will last for the remainder of the season.

"We said all the way along, give us until the summer break and if we're still struggling then people can start criticising us, but until then let us have a fair crack," Ingram said.

"I think what we've done is really special and we have a very strong rest of the season ahead of us and can start fighting back."