The life of the late FIA Formula 1 race director Charlie Whiting has been recognised by a John Bolster Award at the 2019 Autosport Awards.

The Award, named after Autosport's co-founder and long-time Technical Editor, is presented annually to an organisation or person that has made an exceptional contribution to motorsport technology.

Michael Masi took to the stage to pick up the Award and to discuss Whiting's legacy, while Martin Brundle also paid tribute ahead of a video paying tribute to Whiting's career.

Brundle said: "Charlie Whiting was absolutely unique in our industry, business and sport. He was universally respected and liked by everybody involved. The FIA, rights-holders, the team principals, engineers, drivers, fans and the media.

"We loved him and what he did. The integrity he had for Formula 1 was absolutely unique. He achieved it in a very competitive environment. 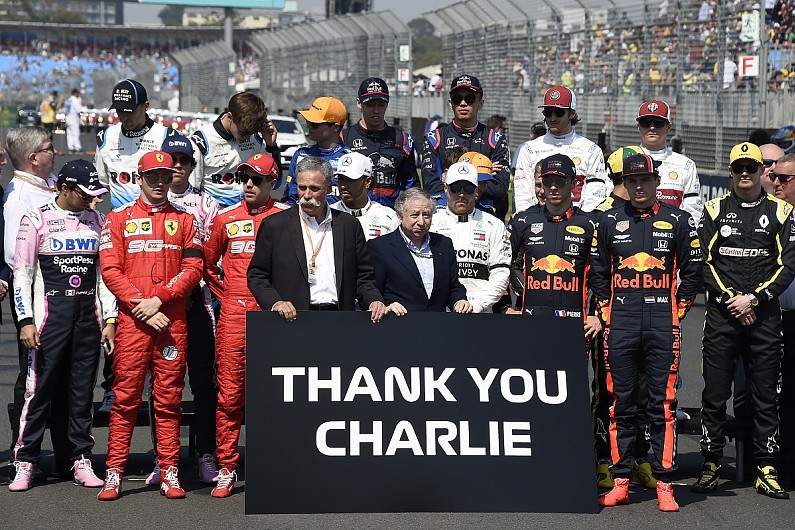 Whiting, who had worked for the FIA for more than 30 years, died in Australia on the eve of the start of the 2019 season aged 66.

His most recognisable role was that of race starter, though he was also responsible for track and car safety, as well as technical and procedural matters on grand prix weekends.

He also played an important role in ensuring the halo was adopted in F1 for 2018 - which was credited with saving then Sauber driver Charles Leclerc's life at the Belgian Grand Prix that season.

Whiting started working in F1 10 years before he joined the FIA with Hesketh Racing, though he was better known for rising through the ranks at Brabham under Bernie Ecclestone - eventually becoming chief mechanic.

He played a key role in helping Nelson Piquet to the drivers' championship in 1981 and '83 and stayed with the team until it was sold five years later.