The World Rally Championship will return to Autosport International for its 2019 launch, which will this time take place in front of the public on the Saturday of the show.

Last year the Birmingham-based event hosted the WRC launch on its opening day, which was reserved for trade guests and the media.

But for 2019 it will happen on Saturday January 12 so fans can attend too.

On what is billed as 'Super Saturday', the four manufacturer teams will reveal their cars alongside each other and every driver, co-driver and team principal will be present at the NEC to outline their ambitions for the year ahead.

The decision to move the date came following suggestions from drivers and teams after the 2018 event.

World champion Sebastien Ogier had suggested "it could be an idea to bring more people and do it on a day when the public and the families could come in as well.

"It could be tough for the media if we do this, but it's better for the fans."

"We've all seen how many thousands of people come through the doors at the weekend," Wilson added.

"It would be nice to show those people our sport and our championship."

Show director Kate Woodley said it was impossible to ignore those comments.

"When people like Sebastien Ogier and Malcolm Wilson talk to us, we listen and we listen very carefully," said Woodley.

"As it happens, we were completely of the same mind here.

"We want the public to come in and meet their heroes, that's what this show is all about, and what we're offering in January is an unparalleled opportunity for rally fans to come and see their heroes for the first time in 2019."

"We are delighted to launch the 2019 WRC at Autosport International on Saturday in front of the thousands of public visitors," he said.

"Ahead of what is lining up to be another exceptionally competitive year, there is no better way to launch next year's FIA World Rally Championship than at the show, which kicks off the start of the new motorsport season.

"With all the 2019 cars, drivers and team principals at the show, fans will get their WRC fix ahead of the season opening Rally Monte-Carlo." 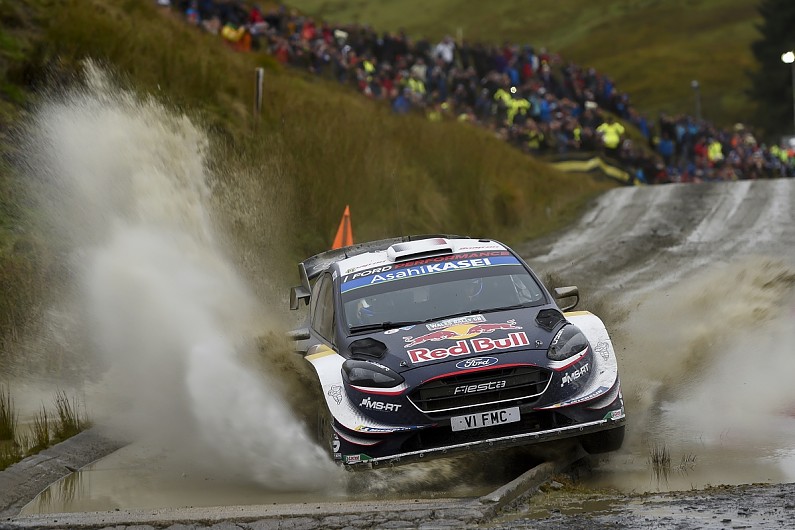 The 2018 WRC has been one of the most entertaining seasons in series history, with a three-way title fight between Ogier, Hyundai's Thierry Neuville and Toyota driver Ott Tanak going down to the finale in Australia later this month.

It has also featured the most exciting driver market in years, and the 2019 WRC launch at ASI will be the first time to see Ogier back in Citroen colours and returnee Kris Meeke representing his new team Toyota.

Autosport magazine editor Kevin Turner said: "The response we got from this year's launch was exceptional - both from the fans and the stakeholders in the series. Next year we're going to make it bigger and better.

"This has been a fascinating season, not just in terms of the competition on the stages but in the recent driver market movement.

"Want to see Sebastien Ogier wearing a Citroen shirt for the first time since 2011? Or Kris Meeke's new Toyota colours? Then you need to be in Birmingham in January!"