Frederic Vervisch snatched the World Touring Car Cup race-two pole position from Thed Bjork on the final lap of the top five shootout at a sweltering Motorland Aragon in Spain.

Audi put its disastrous start to the WTCR season behind thanks to a change to the balance of performance and a lack of compensation weight, which boosted the performance of the marque's all-new RS 3 LMS, which struggled for competitiveness in the opening two rounds at the Nurburgring and Estoril.

Vervisch was the last of the top five to run and although he was not fastest overall in the first three sectors, a burst of speed in the final part of the lap proved enough to knock Bjork from the top – by just 0.021s.

“For me it was a really good lap,” said the Comtoyou Audi driver. “We put it together in the right moment. It’s been a difficult start to the season, but now we are back in the game.

Countryman and team-mate Gilles Magnus made it an Audi 1-3, with 2019 champion Norbert Michelisz fourth in his Hyundai Elantra N TCR. WTCR points leader Jean-Karl Vernay was fifth in his Engstler Hyundai.

“It was a good session because today has been pretty tough for me,” said the Frenchman who is doubling up this weekend racing in the Pure ETCR that shares the bill in Aragon. “But in the end I did a good qualifying to be in the top five and score some more points.”

Nathanaël Berthon, who had been fastest in the second free practice session, just missed the cut during Q2 to qualifying for the shootout. He was sixth fastest in the session ahead of another Audi, that of Tom Coronel. 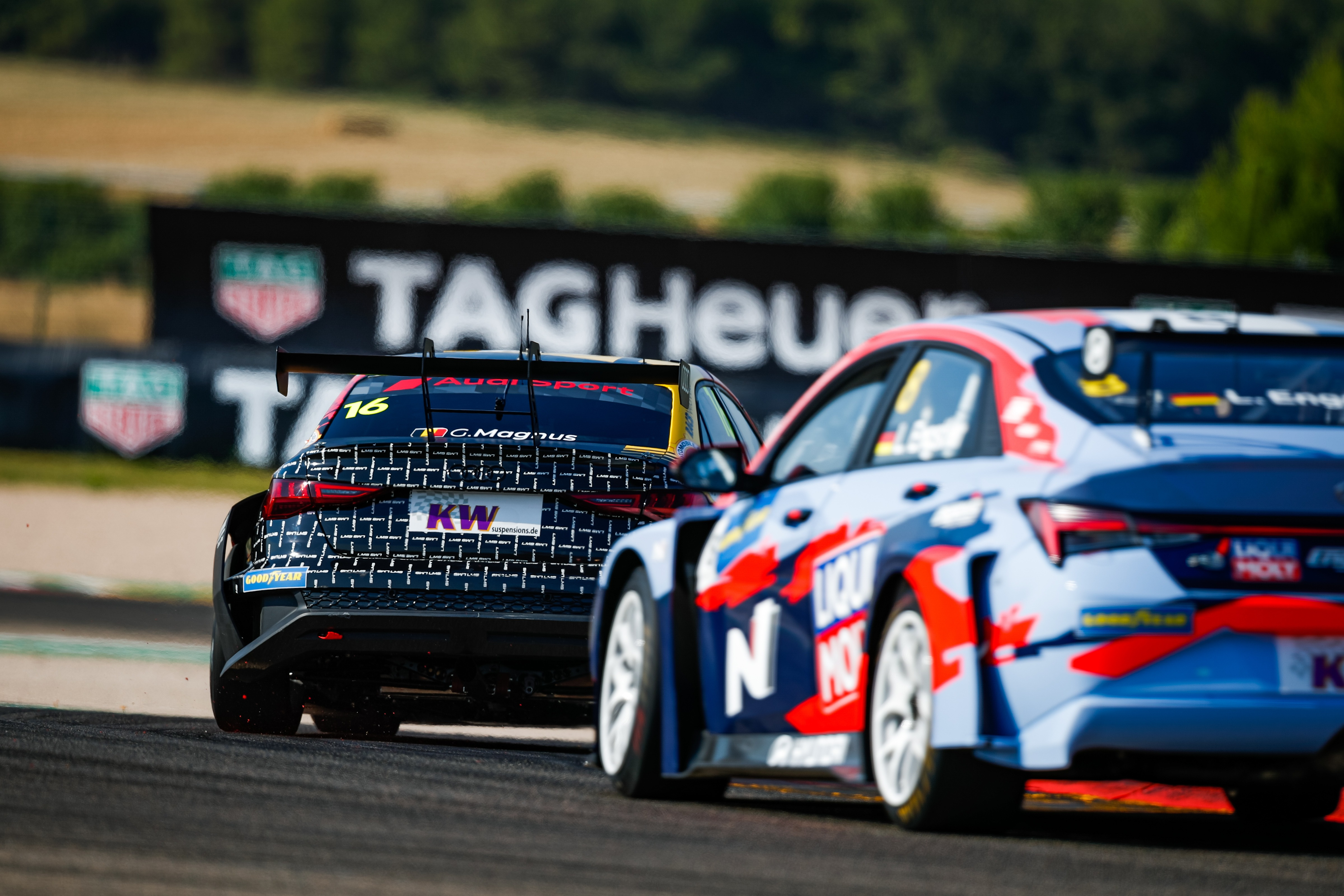 Magnus left it right to the end to set a lap in Q2 and qualify for the shootout, and his effort dropped veteran Gabriele Tarquini in 10th, which means the Italian will start the reversed-grid race one from pole position for the second consecutive WTCR weekend.

The late change in order bumped Lynk & Co’s Yvan Muller from 10th and off the pole, down to 11th.

Honda, which had dominated the previous round at Estoril on pace, suffered a disastrous day in Spain. All four of the Munnich Motorsport Civic Type Rs failed to graduate beyond Q1.

Attila Tassi, winner of race two at Estoril and second in the points coming into the weekend, stopped out on the circuit and caused a red flag interruption.

“We didn’t expect much from this weekend with the extra 70kg [of compensation weight],” said the Hungarian. “Suddenly my car just switched off. I tried to restart it, but even the guys don’t know yet what the problem was.”

Team-mates Esteban Guerrieri, Nestor Girolami and Tiago Monteiro were only 16th, 20th and 21st respectively, on a weekend that looks certain to shake up the points table.