The former Formula 1 driver suffered a high-speed crash approaching the Spanish Grand Prix circuit's first corner while testing and was knocked out after hitting the barriers.

That ruled Monteiro out of the final four rounds of the World Touring Car Championship season, having led the championship before his accident.

He returned to driving his road car at the start of this year and last month was announced as a Honda driver in the new WTCR world cup with the Boutsen Ginion squad, and has since made his first testing appearances for the team at Monza and Zandvoort at the wheel of one of its new Honda Civic FK8 Type Rs.

But despite making progress in his recovery, Monteiro has been forced to step back once again ahead of the start of the world cup, which kicks off in Marrakech in less than a fortnight.

No specific timeframe has been set for his return to the cockpit. 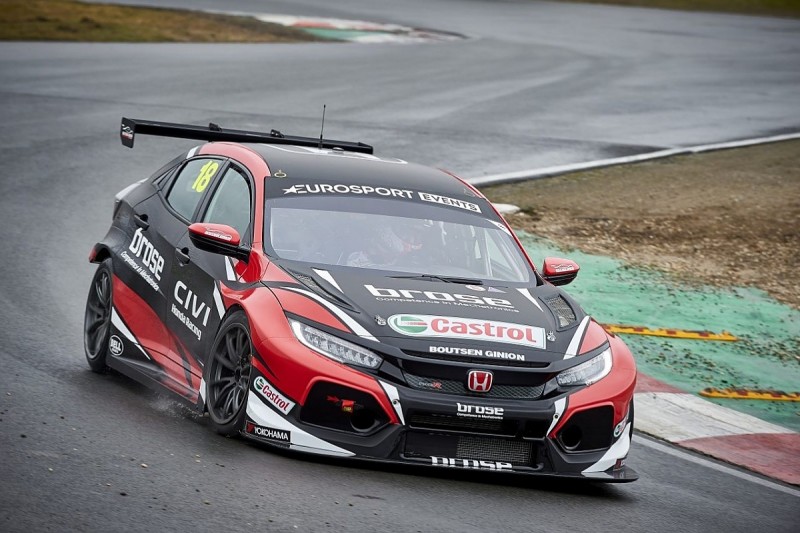 "I knew this was a possibility as the way the human body [heals] is not an exact science," said Monteiro, who had problems with his vision after his crash.

"Although my physical condition has recovered extremely well, the same has not yet happened with my vision and the result is that I cannot yet return to competition.

"My recovery has been remarkable and the treatment I've received from my medical team has been incredible, but I simply cannot take the risk at this stage.

"I did everything that was within my reach, but both my body and vision are not yet fully recovered.

"I must take this opportunity to thank the fantastic team that has worked tirelessly to support me through this difficult process. Of course, I'm incredibly disappointed.

"I wanted the effects of the accident to be behind me and to start afresh for the new season.

"That's not possible just yet, but I will continue my recovery as hard as I can in the expectation that everything will return to normal soon.

"I may not be on-track, but I will be on-hand to make as much of a contribution as I can. It is very important to maintain team spirit and provide this support."

Monteiro's place at Boutsen Ginion will be taken by test and reserve driver Benjamin Lessennes, who won the TCR Benelux title with the team in 2017.