Sebastien Loeb Racing driver Huff is chasing a record 10th win at the Guia circuit this weekend, and stormed to top spot in the second practice session with a 2m29.422s lap in his Volkswagen Golf GTI.

Priaulx, a two-time winner of the Guia Race, was one of a handful of drivers to improve in the final minutes before the end of the session, ending up 0.253 seconds down in his Cyan Lynk & Co 03.

Vernay's time remained good enough for third, ahead of Yann Ehrlacher's Lynk & Co - which had briefly topped the times - and another Audi, that of Comtoyou driver Frederic Vervisch.

Thed Bjork made it three Lynk & Cos in the top 10 with the sixth-fastest time, while behind him BRC Racing Hyundai pair Nicky Catsburg and Norbert Michelisz were split by the lead Honda Civic Type R of Tiago Monteiro. 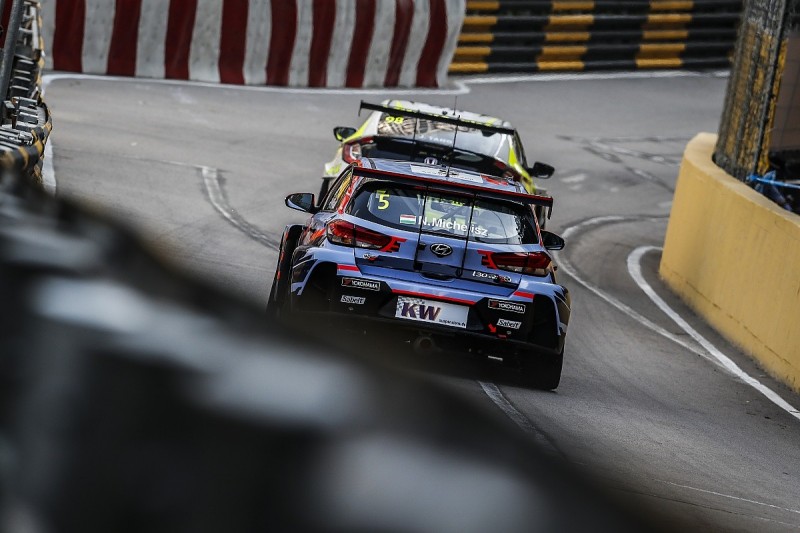 His running in practice one - in which he placed 23rd - was affected by a loose engine mounting, while he improved a single position in second practice, lapping 2.6s off the pace.

Three red flags were shown across the two practice sessions - one in first practice when Gabriele Tarquini crashed at Police, and two in second practice when wildcard drivers had dramas.

KCMG Honda driver Jim Ka To crashed at Paiol, causing significant damage to the front-right corner of his car, while a session-ending red flag was shown with less than two minutes on the clock when Billy Lo spun his Audi at Fisherman's Bend, damaging the car's rear wing, moments after Kwai Wah Wong stopped in the runoff area at Maternity.