Michelisz was fastest in a truncated first practice, which was red flagged with more than 10 minutes of the session remaining due to a lack of visibility.

Between the stoppages, Michelisz achieved a 1m44.170s lap of the Argentinian venue to beat team-mate Tiago Monteiro to the fastest time by 0.428 seconds.

Practice two was also delayed by 10 minutes but ran without trouble once underway, despite fog persisting at some parts of the circuit.

Catsburg took his S60 - with 20 kilograms less ballast on board than at the previous round in Vila Real - to the fastest time of the weekend so far, achieving a 1m43.207s to dislodge home favourite Esteban Guerrieri. 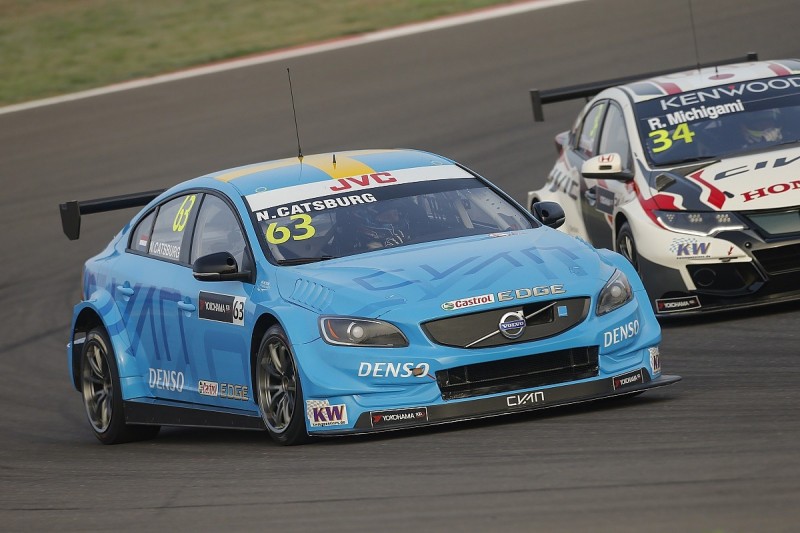 Campos Racing driver Guerrieri's time was good enough to keep him second for the remainder of the session, ahead of factory Honda drivers Monteiro and Michelisz.

Rob Huff was the leading privateer Citroen driver in the second session as he dragged his Munnich Motorsport C-Elysee to fifth, ahead of Girolami, Bennani and his SLR team-mate Tom Chilton.

Tom Coronel's ROAL Motorsport Chevrolet Cruze was repaired in time to be transported to Argentina after his practice crash in Vila Real three weeks earlier and wound up ninth fastest in practice two, with the RC Motorsport Lada Vesta of Yann Ehrlacher completing the top 10.

The third Volvo of Thed Bjork was only 12th fastest and sat out a good chunk of the second session after collecting grass in his radiator during an off, while the third factory Honda Civic of Ryo Michigami also stopped early with an undiagnosed technical fault.

Zsolt Szabo, who is making his WTCC debut this weekend after replacing the TCR-bound Aurelien Panis at Zengo Motorsport, finished the second session 15th fastest.

The Hungarian had failed to set a time in the first practice session and stopped out on track with a fuel issue, causing the first red flag, but completed 17 laps in practice two and edged out team-mate Daniel Nagy at the bottom of the times by 0.256s.

An exhaustive analysis of the social networks of MotoGP riders and teams confirms that Marc Marquez has taken over from Valentino Rossi as the series' most popular figure.