In the weekend's first session held in daylight hours, Honda's Tiago Monteiro stand-in Guerrieri secured his first main race pole in the WTCC with the final shootout lap in the third part of qualifying.

Guerrieri had been fastest in the second qualifying session and beat Nicky Catsburg's previous benchmark time by 0.414 seconds, setting a session-best lap of 2m00.893s.

Catsburg's time through the first sector had been slowest of all, but the Dutchman clawed back time over the rest of the lap in his Volvo S60 and eclipsed Rob Huff's previous best time by 0.004s.

With Huff (Munnich Motorsport Citroen C-Elysee) third, Bjork and Yvan Muller - who has come out of retirement to support Bjork and Volvo's title bids - completed the top five in their respective S60s.

Bjork had a scare in the second part of qualifying when he and Muller made contact on track on their cool-down laps, but survived and advanced to Q3 with fifth place in the second session.

The Swedish driver was first to run in Q3 and secured two additional points to increase his slender lead in the championship to 8.5 points.

Muller had been up on Huff's benchmark time by a quarter of a second after the first two sectors of his lap, but wound up a second away from pole and will start behind championship leader Bjork in fifth.

Qualifying proved to be disastrous for Honda's Michelisz, who was eliminated in the second part of qualifying after suffering a suspected brake issue.

Michelisz looked likely to improve on his initial Q2 effort and was fastest through the first and second sectors, but returned to the pits and was unable to take to the circuit again as his mechanics worked on his car. 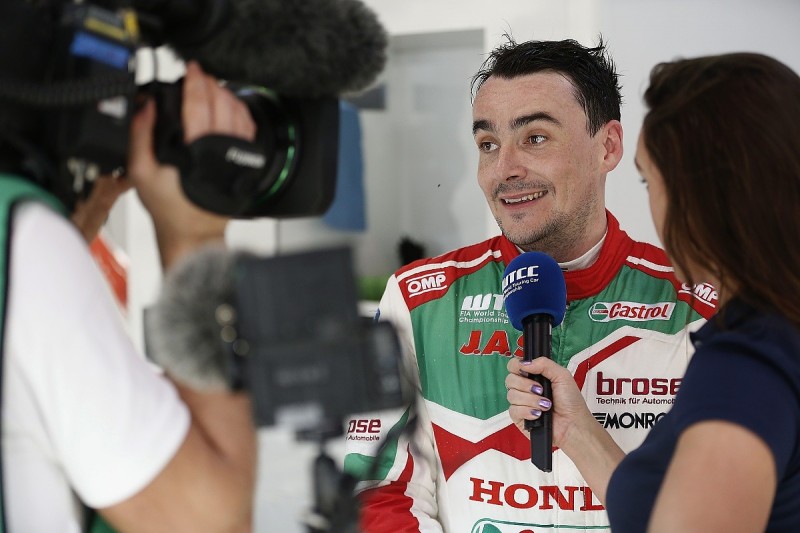 His banker lap had left him on the fringes of the top 10, but he was then bumped down by an improvement from Kevin Gleason, who will instead start the reversed-grid race from pole.

Michelisz will start both of Friday's after-dark races from 11th.

"It felt like the brakes were stuck from the seventh or eighth corner on my second lap," said Michelisz, who set the pace in both of Thursday's practice sessions and in Q1.

"Of course it's a bit cruel, I'll do my best and fight for it in the races - there's nothing else I can do."

Tom Chilton and Mehdi Bennani (Sebastien Loeb Racing Citroen C-Elysees), the Campos Racing Chevrolet Cruze of Kris Richard and John Filippi were the leading contenders ahead of Gleason knocked out in Q2.

Michelisz had earlier lost the second of his factory Honda wingmen at the end of the first part of qualifying after Ryo Michigami was eliminated in Q1.

The Japanese driver's Civic had suffered an oil leak in practice and could manage no better than 13th on his final qualifying run.

After Michelisz's qualifying issue, Volvo eased to a comfortable win in the final MAC3 contest of the season.

Honda was able to send Michelisz back out for the time trial run but, with his car still hobbled, the Hungarian cruised round the circuit at the head of the train of Civics.

Michelisz picked up his pace on the second lap of his run, but the Honda trio still completed its run in 4m42.237s - a benchmark that Volvo's drivers, led by Bjork, beat by 27s.

That was Volvo's seventh win from 10 rounds, and extended its points lead in the manufacturers' standings to 16.5 points. 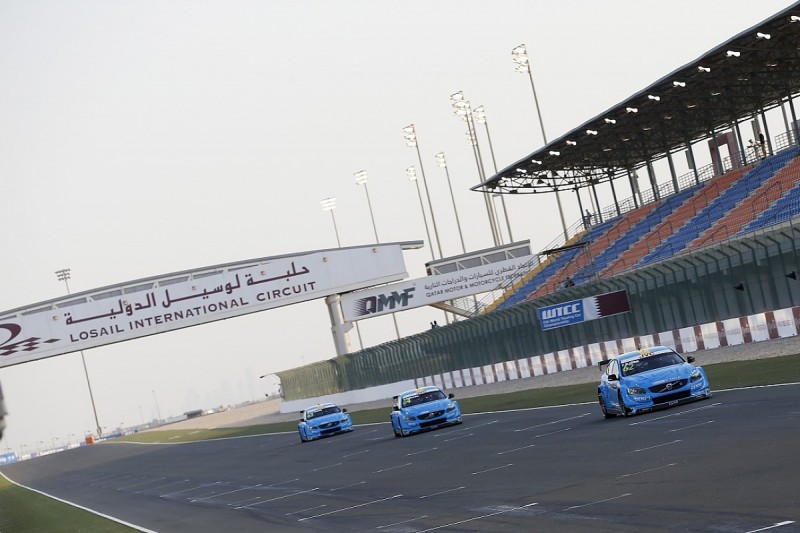