Its relatively small design team had to rush development of its Granta in time for the debut of the new TC1 regulations.

The originally overweight car only became competitive after a mid-season suspension redesign and weight-saving programme.

"It was a really difficult, unbelievable, fight just to get the engine up-and-running in the car, never mind think about going very fast in the races," said Shapovalov.

"We didn't do any real [pre-season] testing, just a shakedown of the car.

"The most important development work was done before the Argentinean race. In Argentina things improved, but we didn't have that much time to find the right set-up because everything was new as we had redesigned the suspension."

Although the result is a boost to the team, Shapovalov said the Lada board had already approved a big push for 2015, when a new model will be introduced, regardless of the '14 results.

"It may help, but Lada believe in this project, with or without this win," he said.

"That is clear because we have confirmed the programme for next year with the Vesta. 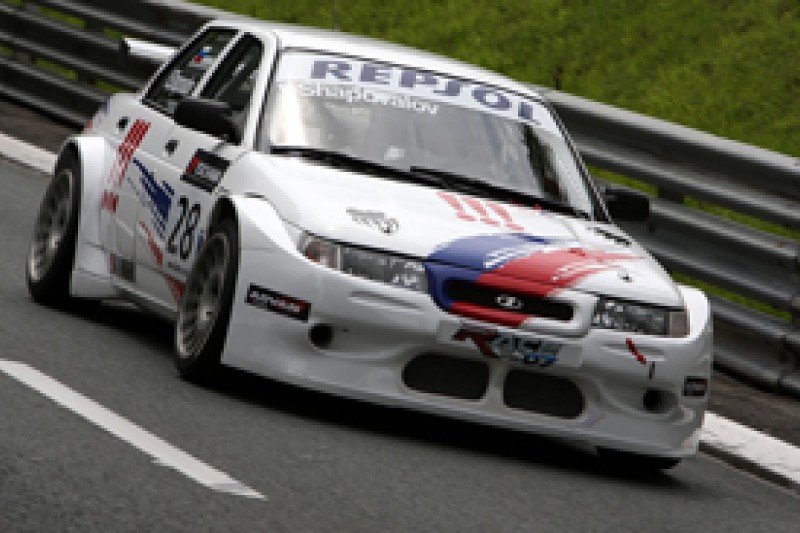 "There are much more people involved in the process of designing the car now, so everything is going much, much better," said Shapovalov, who entered the first Lada 110 model, running to Russian homologation, in the WTCC in 2008 (pictured).

The Granta has performed relatively well on low-grip, slow circuits this year, whereas its shortcomings are now regarded as chiefly aerodynamic.

This weekend's Shanghai meeting and the following Suzuka race are potentially less suited to Granta, but Shapovalov is open-minded about the performance potential in the Macau finale.

"The Goldenport circuit was maybe one of the best for us, because we know the weakness of our car is aerodynamic," he said.

"I think it's also possible that we won't lose that much time in the first sector in Macau, where our drivers Rob and James [Thompson] have a strong feeling with the track."

Lada's compensation weight will remain unchanged for this weekend's Shanghai round.

The compensation weight of the Honda Civic WTCC will be reduced to 20 kilos, 10 less than at Goldenport.