Gabriele Tarquini fears for his WTCC future after Lada's exit

World Touring Car stalwart Gabriele Tarquini says he is "really worried" about his future in the championship, with Lada's impending exit leaving him without a drive for 2017

Having raced in the series continuously since 2001 - when it was the European Touring Car Championship - '09 champion Tarquini faced the prospect of sitting out the '16 season after he was dropped by Honda at the end of last year.

But he was then handed a reprieve by Lada, which signed the Italian and Hugo Valente to join Nick Catsburg for the current campaign.

Tarquini scored the Russian marque's first win with its Vesta model at its home round at Moscow Raceway in June and is currently ninth in the 2016 points.

The 54-year-old, who had agreed a 2017 deal with Lada before its pullout decision, still hopes to stay in the WTCC but is anxious about his chances.

"I am really worried," he said. "There are few seats left.

"I never say never. I have a long experience in motorsport.

"Last year I was without a seat at the very end of the season - for me it was almost closed to race in WTCC until I had this chance to be with Lada.

"For sure I am watching around and looking for some options in other categories but I still have some chance to run in WTCC again.

"I would like to drive a WTCC car again. I love the category; it's part of my life." 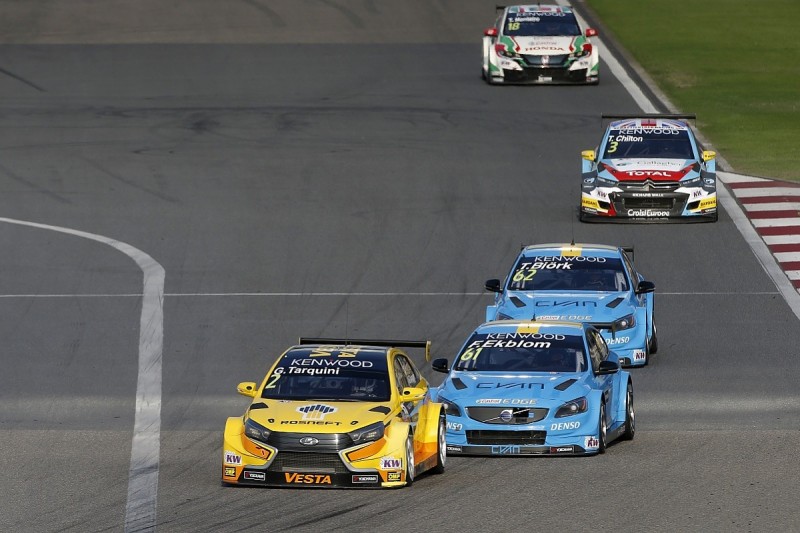 Tarquini felt he and Lada would have had the possibility to fight for titles next season had it decided to continue.

"I am quite pleased with my season," he said.

"I think for the effort we put altogether for Lada we improved a lot - especially looking at the results and points we scored this year with the three drivers compared [to 2015].

"We improved race by race and it's really a shame we cannot continue.

"I had agreed to continue with Lada and it's a great shame because we can do a really good car.

"Citroen stops as a manufacturer [next year] and I am sure the privateer will not be as strong as the manufacturer team.