Adopting TCR regulations for 2018 is "the only" way for the World Touring Car Championship to ensure its survival, says '12 world champion Rob Huff

The WTCC was last week reported to be close to securing a deal to be allowed to use TCR regulations from 2018, in place of its current TC1 framework.

Friday's assembly of the touring car commission ahead of next month's World Motor Sport Council meeting is expected to resolve the final details of an agreement between TCR's parent company WSC and WTCC promoter Eurosport Events.

"It's the only thing for the World Touring Car Championship," Huff told Autosport.

"Motorsport at a works and privateer level is a business. The economic climate within motorsport is not good.

"What I think has saved it, where touring cars are concerned, is TCR. It's affordable and it's a good platform.

"We can run three TCR cars for what it's cost to run the [Munnich Motorsport Citroen] C-Elysee this year, and you cannot argue with that."

TCR regulations have been adopted by a number of national and regional series, allowing cars to compete in championships across the world.

Huff has contested a partial TCR International season with the WRT-run Leopard Volkswagen squad alongside his WTCC commitments this year, and also appeared in the Benelux TCR series.

"As long as everyone else on the grid has the same equipment, you can have very good racing up and down. We could come here [to Macau] next year with 40 cars," Huff added.

"The great thing about TCR is you can do a couple of rounds in Europe, in Germany - I can go wherever I want and take the same car."

Teams and drivers in the WTCC paddock in Macau last weekend were still in the dark on a number of issues affecting the deal, including the name and structure the series will take on from 2018. 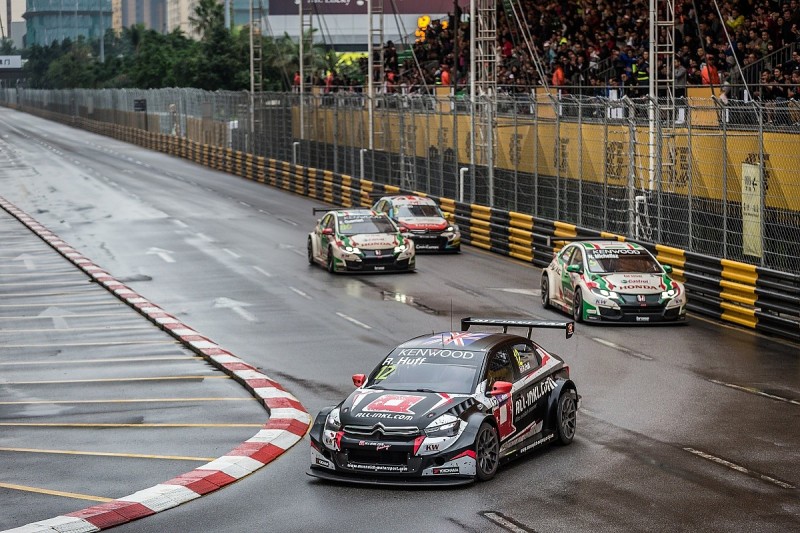 Many of the finer details are likely to centre on TCR's intellectual property, and whether it can be purchased or will be licensed out.

"One day it [the deal] was on and one day it was not," said Honda team principal Alessandro Mariani, whose JAS Motorsport team has built two generations of Honda's TCR Civic model as well as its WTCC challenger.

"Now, you need some time for all the manufacturers, the touring car boards, to elaborate strategy.

"We [JAS] are a manufacturer in TCR, but we follow Honda's decision.

"Touring cars in the past started with a lot of manufacturers, reasonable costs then the costs grew and grew and manufacturers stopped.

"Super Touring was the same. Now TC1 [is the same].

"TCR is a very cheap car, performance is good, cost-benefit is excellent and for maximum value the same car can do WTCC or WTCR - I don't know what it's name will be - and then you can move the drivers.

"For young drivers, you have an opportunity to become a works driver because it's the same car.

"It's a very important move."