One-time Blancpain GT Sprint champion Enzo Ide will return to racing this year in the European Rallycross Championship after recovering from a coma.

The Belgian circuit racer, who won the Blancpain title in 2016 in a WRT-run Audi, suffered an accident at home last August and was found in a confused state by his wife.

After being transported to hospital, he was placed into an artificial coma and spent five months in hospital.

Ide posted a message on his social media at New Year thanking medical professionals for their support, and has now committed to racing in the European rallycross series that joins World Rallycross Championship at five rounds.

The 28-year-old made his international rallycross debut at the first Spa World RX event last year in an ex-EKS Audi S1, running alongside Mattias Ekstrom in the JC Raceteknik team.

He will remain with the Joel Christoffersson-run Swedish squad in 2020, with the season set to get underway at Spa on May 16/17.

"My main goal is first and foremost to have fun, and to learn rallycross. As I progress, I will be able to expand my goals and set what I want to achieve on track. 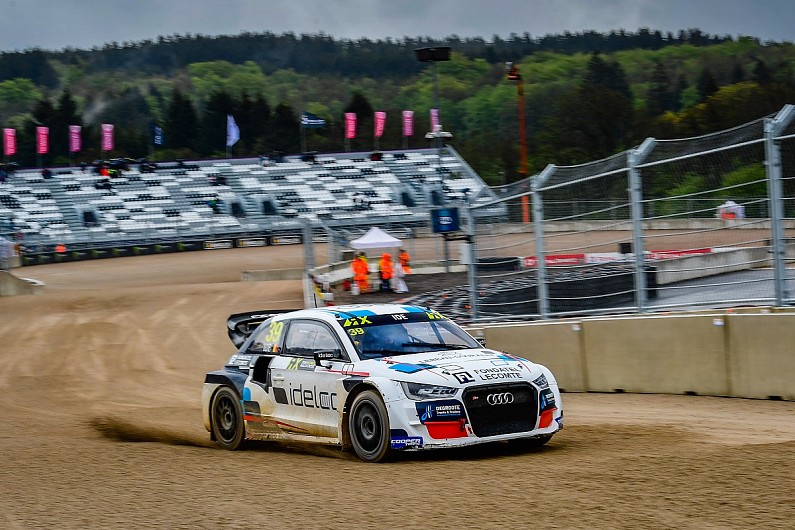 "JC Raceteknik is a team with hard working people and a lot of experience, we have a good understanding with each other and I have a good feeling for the season."

Ide, who hasn't competed in GT racing since 2017, said a test with Ekstrom in 2016 first gave him a taste for rallycross.

"In 2016 Mattias let me test a rallycross car, and I must say I was impressed. It was so much fun, I was addicted straight away.

"Then I did my first rallycross race with JC Raceteknik at Spa last year [where he finished 18th]. Shortly after that, my accident happened.

"When I was in hospital, my goal was to stay healthy and be able to drive again. Three weeks ago, I got the 'Okay' from my doctors to start competing and I really think motorsport will be good for my recovery.

"I really want to thank everyone who has supported me during events, the accident and now during the road to recovery. The doctors, nurses, physiotherapists and other people who did everything for me - they made me live again.

"From my state seven months ago to racing at the first race in two months' time, it's incredible."