Double World Rallycross champion Johan Kristoffersson is working on a return to the discipline this year following the end of Volkswagen's factory WTCR involvement.

The Swede, who claimed back-to-back World RX titles with Petter Solberg's Volkswagen-backed team in 2017 and 2018, switched to the World Touring Car Cup last season after PSRX withdrew from World RX.

But, with Volkswagen terminating its works internal combustion-based programmes in November, Kristoffersson has been left without a drive despite winning the final round of WTCR in Malaysia in dramatic fashion and having planned to continue in the series this year.

With his family-run KMS outfit, Kristoffersson continued his rally programme by contesting Rally Sigdal in Norway last weekend will make his annual appearance on Rally Sweden next month. But he is yet to confirm his plans for the rest of 2020.

"Everything is a bit late, I'm working on a few different things," he told Autosport.

"In the beginning I was working on a lot of different things and now I'm focusing on two or three different options. Hopefully after Rally Sweden I'm able to find one thing to focus on."

The former STCC champion says he's currently looking at options in each of the three disciplines in which he has competed in the last two years.

"I'm looking at rally, circuit racing and rallycross," he said.

"If it would be a couple of races or more [in rallycross], if it would be in the European or World Championship, or even RallyX Nordic for some events because our main partners are Volkswagen Dealers in Sweden and Bauhaus Sweden, I don't know.

"STCC is another option, then of course the Swedish Rally Championship which seems to be pretty good for 2020." 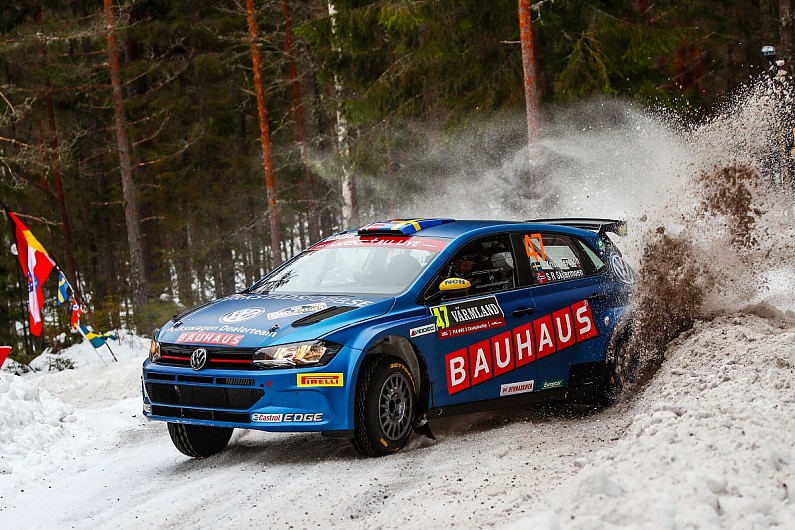 Kristoffersson says finding the right scenario for him to return to World RX isn't easy, and that he is most interested in helping a team move forward.

"There are different options but you have to look after yourself and to make sure when you jump on a project, you have to be able to be competitive and to feel comfortable with the package you're in," he continued.

"If you put those things together, the width of the options available narrows down pretty quickly.

"I think just to be able to get a job, if you just want to go somewhere with your helmet, fly in and fly out, there are some options.

"But I would like to be a bit more involved than that. If you want to do something that is really good, there is maybe only two or three options.

"If I knew everything that I learnt in the last two years [I raced with Volkswagen] in rallycross, for sure 2015 and 2016 would have been a different story. I both developed a lot as a driver and on the technical side I learned a lot."

Kristoffersson, who finished fifth in the WTCR drivers' standings last year as the top rookie, says he would welcome a return to rallycross and the development potential in the relativity open nature of the technical regulations, after a year racing in WTCR with strict homologation restrictions and Balance of Performance rules.

"I really like rallycross," he said. "The regulations are quite open so you can do a lot of things and make a difference as a driver.

"And in rallycross there is no extra weight, no weight penalties, no BoP... this is what I really like."

The Kristoffersson Motorsport team will continue to run Norwegian Sondre Evjen in a Volkswagen Polo in Euro RX this year.