World Rally legend Sebastien Loeb will race a works Peugeot 208 Supercar in the opening round of the British Rallycross Championship at Silverstone next month.

The British series opener will be the first rallycross event held on the new Silverstone World Rallycross track, located inside the Stowe complex behind the Formula 1 circuit's Wing building.

Silverstone is taking over from Lydden as World RX's British venue, and will host round four of the series on May 25-27.

Loeb is continuing in rallycross after Peugeot announced increased commitment to the championship.

He is entered for the March 17 British RX event by Peugeot's works team, which it has brought in-house for 2018 having worked in partnership with Kenneth Hansen's Hansen Motorsport concern since '14.

Loeb will head to Silverstone straight after making his WRC return with Citroen at Rally Mexico a week earlier. He is contesting three WRC events alongside his RX programme this year. 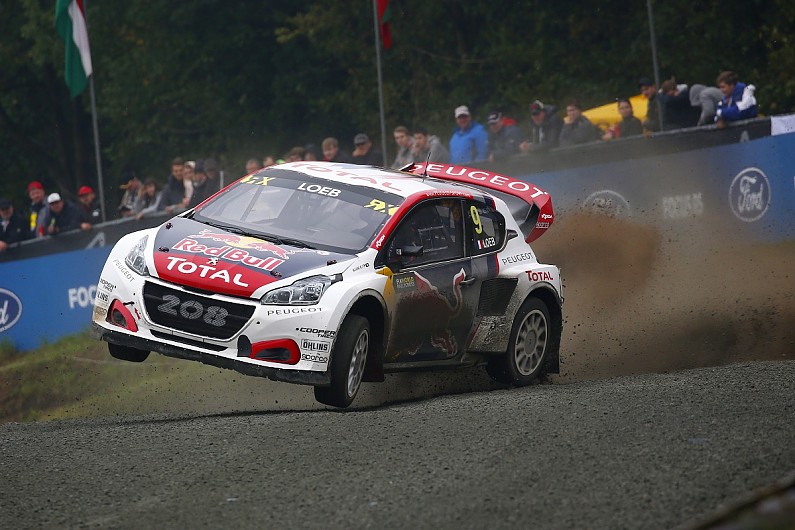 Peugeot has yet to announce Loeb's 2018 World RX team-mate, but Timmy Hansen - his team-mate at Team Peugeot-Hansen for the last two years - is entered alongside him for Silverstone.

The pair will meet 12 other Supercar drivers in the event, including triple British Rally champion Mark Higgins, who is contesting at least the opening two rounds of British RX with Albatec Racing.

Guerlain Chicherit, who will campaign one of two Prodrive-built Renault Megane Supercars in World RX this year, will race a new G-Fors built and run Renault Clio in the event to gain circuit knowledge ahead of the World RX round.