Toyota’s Elfyn Evans has emerged from an incident-filled Friday morning to lead the Safari Rally while Sebastien Loeb became the event’s first retirement.

Overnight leader Ogier was lucky to return back to service after stopping briefly on a road section to extricate dust from his GR Yaris.

Toyota filled the first four positions with championship leader and road sweeper Kalle Rovanpera, third, some 11.6s back, while Takamoto Katsuta ended the loop in fourth.

M-Sport’s Loeb completed the three stages in fifth overall but an engine bay fire at the end of Stage 4 has forced the nine-time champion out of the rally. It is unclear if he will return on Saturday.

Loeb’s demise promoted Craig Breen to fifth ahead of Hyundai’s Ott Tanak, who lost time to a gear lever failure. M-Sport’s Adrien Fourmaux ended the morning seventh in front of Thierry Neuville who suffered a power issue, while Oliver Solberg was ninth.

Gus Greensmith was running in fourth before a right rear puncture on Stage 4 dropped him to 19th overall.

The morning loop began with Loeb leading the way as the Frenchman set the pace on Stage 2, the first traditional stage of the rally. 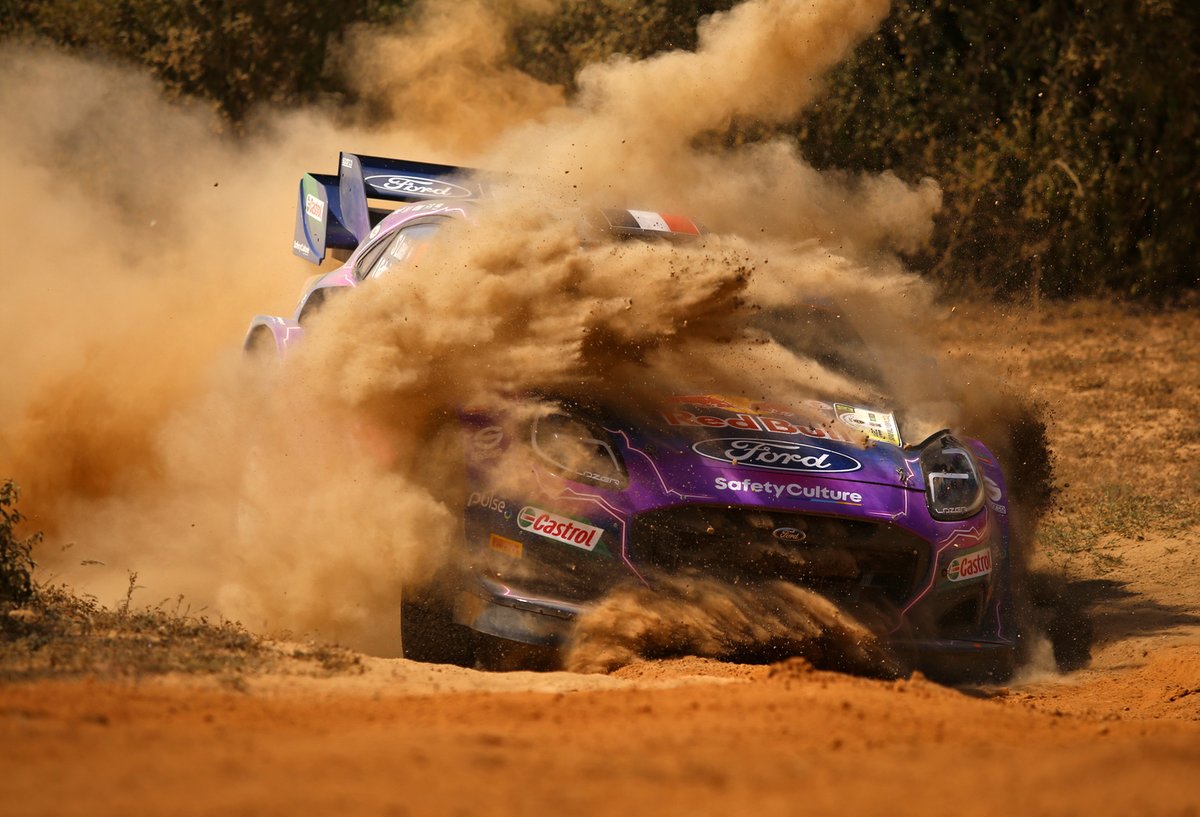 The M-Sport driver’s run to a stage win was not without issue after a brush with a tree, while correcting a pace note, which damaged the rear bodywork of his Puma.

Evans was only 0.2s shy of Loeb with Ogier clocking their fastest time ahead of Fourmaux.

It proved to be a difficult start for Hyundai as Tanak was forced to navigate the stage without as functioning gear lever. Initially the mechanism fractured before snapping completely in his hands, losing him 36.4s.

Stage 3, a new edition to the rally this year, belonged to Rovanpera, who defied his road position to clock the fastest time.

Katsuta was second fastest ahead of Evans, Ogier and Tanak, who only lost 3.2s despite his gear shift issue. In the gap between the stage the Estonian managed to jubilee clip a wheel brace to the snapped lever in order to change gear.

His team-mate Neuville struggled for confidence being second on the road and could only clock the seventh fastest time.

The final 31.25km stage of the morning proved the toughest as crews faced a section of deep fesh-fesh sand that threatened to trap competitors.

Despite engulfing plenty of dust inside his car, Rovanpera won the stage to slot into third overall.

Tanak was second fastest, 4.1s back despite losing time getting lost in his own dust.

"That was the least of our problems," said Tanak. "I think in the last part, soon they will start to get stuck because there is no road anymore. We just got through."

Loeb also suffered the same fate at a hairpin dropping him from third to fifth, before an engine bay broke out at the end of the stage, ruling him out of Friday’s remaining three stages.

Neuville and Ogier both suffered a power loss after their respective cars ingested a significant amount of dust towards the end of the stage. Neuville lost 54.6s when his airbox came loose and sand went straight into his engine, while Ogier dropped 20.6s due to sand in his Yaris’ airbox.

The conditions prompted Katsuta to declare, "I don't want to drive this stage anymore actually! It's too bad."

Autosport understands teams will discuss the conditions of the stage with the FIA ahead of this afternoon’s second pass.