WRC Rally Poland: Robert Kubica warns fans not to expect too much

"It's not so easy to come to the rallies without testing and without knowing what will be going on," he told AUTOSPORT.

"A lot of people are expecting me to compete against the best drivers, but I think, for now, I'm not in a position [to do that] from my side from experience.

The 2015 event will be Kubica's third start at home.

He crashed early on last year, but recovered to finish 20th and ran as high as second on the European Rally Championship qualifier in 2013 before losing a wheel on the first stage of the second day.

That knowledge of the roads will not come as much of an advantage for Kubica, with as much as 90 per cent of the route new or altered from preceding years.

"This year some of the stages are new, some are reversed to last year, some bits are from 2013 - but parts of the stages from 2014 are completely different, they are much wider and have been renewed," he said.

"The condition of the road will be better than in the past."

He insisted he did not feel under more pressure to impress at home.

"I would not say there is more pressure on me here," Kubica said.

"For me it's a very nice feeling to be here, the roads are nice and there are a lot of spectators.

"OK, sometimes when you have to work [the attention] gets maybe too much, but that's part of the game."

Kubica is running Pirelli tyres this season and the Italian rubber is reckoned to be stronger in cooler conditions than are expected in Poland.

Temperatures have hovered around the mid-20s on Thursday, but they are expected to climb past 30 as the event progresses.

"At the moment it looks like the hottest weather I remember, maybe in 30 years and, for sure, cooler conditions would be better for us," Kubica admitted.

"It looks like it's coming like a hot summer and these temperatures are not so normal in Poland." 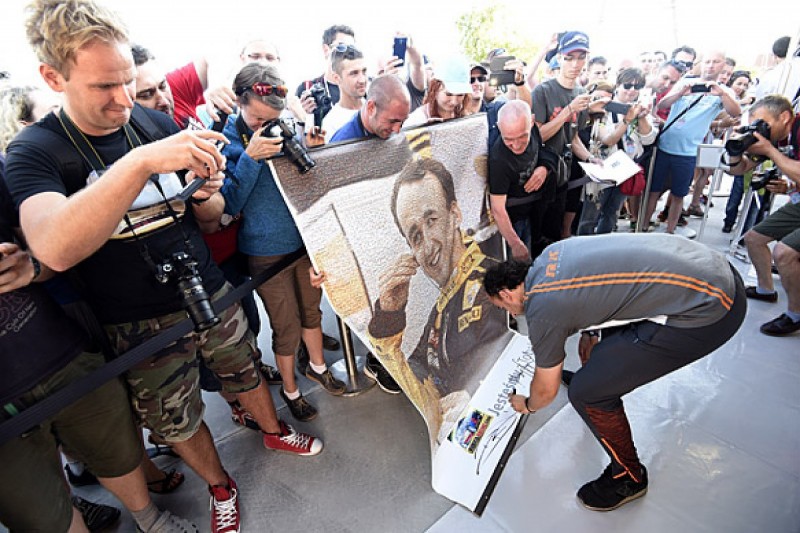 WRC Rally Poland: Meeke's Citroen can be fixed to start after crash