Following the news that the first run of the Gwydyr stage has been dropped to placate WRC teams' concerns at the original brief overnight rest ahead of the final day, Autosport sources have predicted another alteration to the itinerary to include a spectator-friendly stage close to the town of Towyn.

The event is currently scheduled for a ceremonial start on the Llandudno seafront at 1830 on Thursday October 26.

A Towyn test - which would most likely run at the town's Tir Prince trotting track - would offer fans Thursday night on-stage action for the first time since 2013.

A source said: "There's been some interest in Towyn and a stage there would tick plenty of boxes.

"It's not far from the service park in Deeside, the place is packed in half-term and it's easily accessible down the A55 to Manchester and Liverpool."

Rally GB managing director Ben Taylor admitted he could see the attraction of running a stage as a precursor to the main forest action starting on Friday morning. 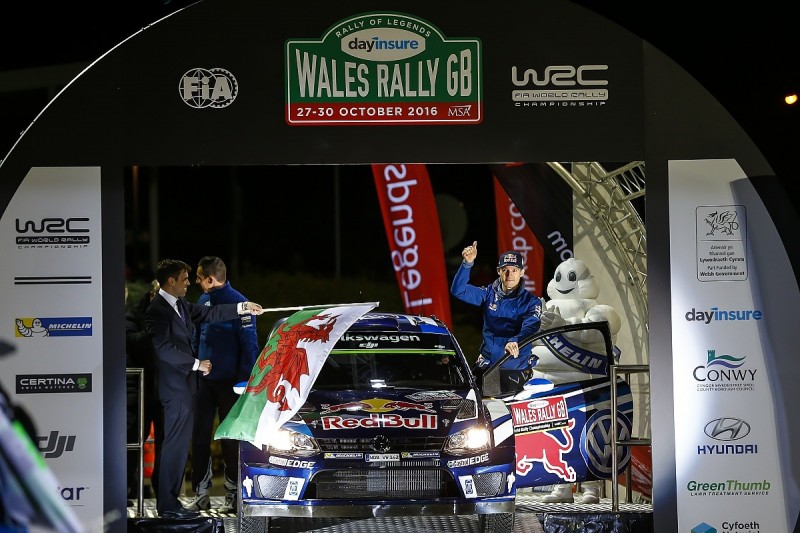 "The ceremonial start has always been a really atmospheric way to get the rally going - you only have to look at what we've achieved at Conwy Castle, Colwyn Bay and Llandudno to see that - but we know that people really want to see these amazing cars in action," Taylor said.

"We've been investigating options all year, but obviously if a change were to be made it would need to be made very quickly.

"Whatever we do, the start needs to be in Conwy County and the people up here have been brilliant supporters of the ceremonial starts in recent years.

"If we were able to run a stage, I'm sure it would attract a brilliant crowd from across the region."