Evans managed to transform a 6.5s deficit from the morning’s mountain stage loop into a 1.4s lead over Ogier after starring in the afternoon stages, held at the famous Monza grand prix circuit.

Sitting second, Ogier remains in the box seat to secure an eighth world title in his final full-time WRC event but is under more pressure should the Frenchman, who holds a 17-point lead over Evans, slip up.

Hyundai’s Thierry Neuville ended the day in third after notching up a win in stage 6 but the Belgian is 21.6s behind the championship fighting Toyotas.

Dani Sordo enjoyed a clean run to fourth ahead his impressive rookie Hyundai team-mate Oliver Solberg, whom he will share the Korean marque’s third entry next season. Solberg has produced arguably his best display to date in a WRC car.

Toyota’s Takamoto Katsuta, Hyundai’s Ott Tanak stand-in, Teemu Suninen, M-Sport’s Gus Greensmith and Toyota’s Kalle Rovanpera filled sixth through to ninth. Rovanpera’s surprising pace is the result of been asked not to push by his team to allow Evans and Ogier to fight without the worry of needing to score manufacturer points to secure the constructors' title.

M-Sport’s Adrien Fourmaux retired from Friday’s action after a crash on stage 3, but is set to return on Saturday.

The Welshman completed a clean run through the tricky 14.49km test, ending 5.7s quicker than rival Ogier, who was battling a brake issue. 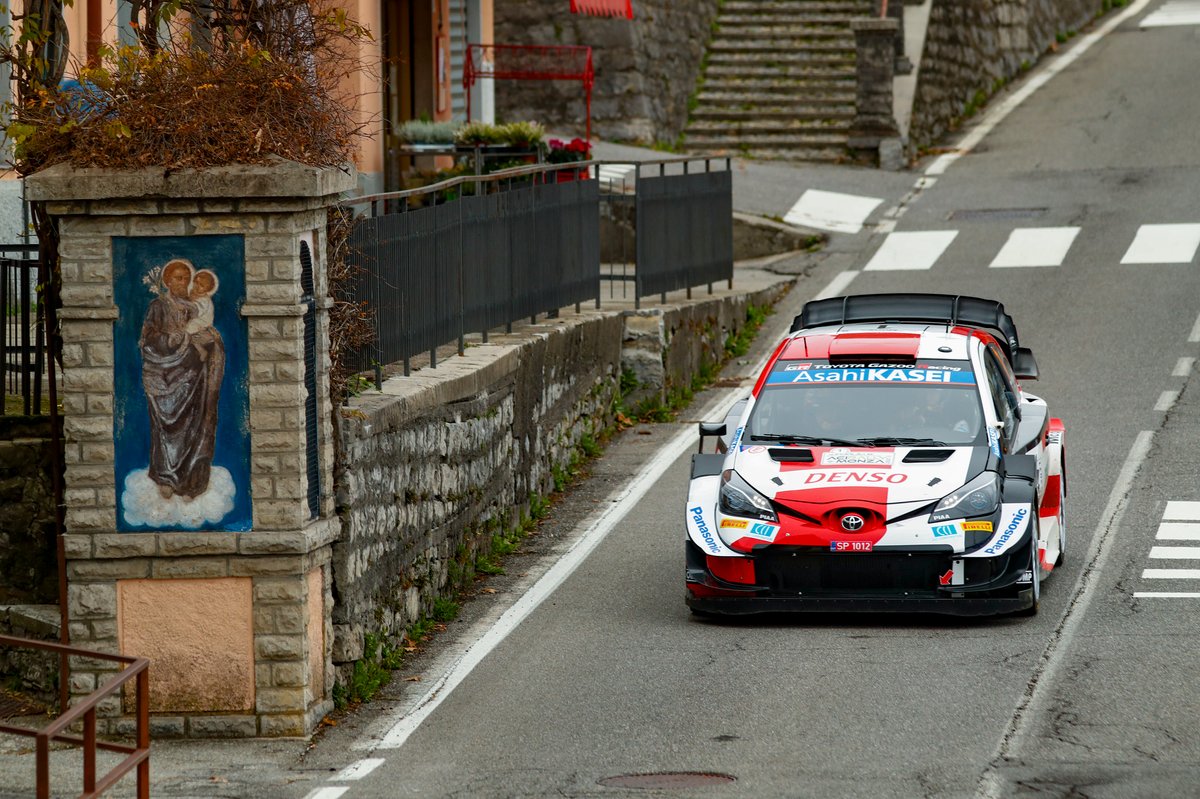 Hyundai’s Sordo emerged as Evans’ nearest rival ending the blast only 0.3s adrift in what developed into a hotly contested stage.

Team-mate Thierry Neuville showed strong pace despite a gearbox issue to clock the third fastest time,1.2s in arrears, while Solberg continued to shine in fourth on the stage timesheets.

Toyota’s Takamoto Katsuta, who claimed his first stage win in the Power Stage at the Monza circuit last year, seemed set for another stage win, before stalling his Yaris at a tight left hairpin. The Japanese ended up fifth while Ogier could only manage the sixth fastest time.

Evans almost repeated the Stage 5 success in the second run through the Cinturato stage, but he did enough to wrestle the overall lead away from Ogier.

However, the Welshman was denied another stage win by 0.4s as Neuville took the honours fresh from a resolved gearbox problem.

"It was a good stage, but I got caught a little bit in the grass in the exit of a tight hairpin and I was spinning the wheels,” said Neuville.

“Obviously the speed isn't there as it should, so we are trying different things on the car to see if we can do something.”

Ogier was much happier with the feeling of his Yaris but was 2.5s shy of the pace, while Solberg clocked the fourth fastest stage time for the second test in succession.

"We had an issue on the first pass - a brake issue,” said Ogier. “The car stayed on the brakes for the whole stage. This one was okay and it was more consistent for me.” 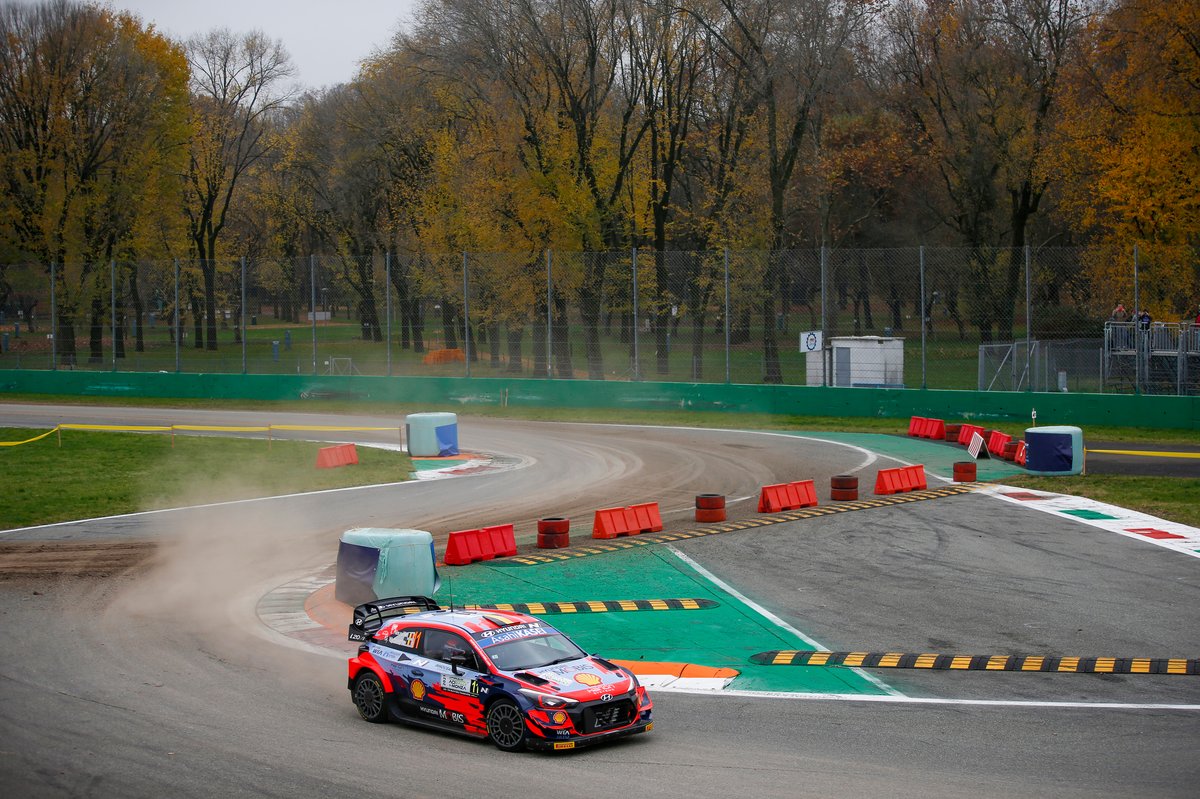 Evans completed his strong afternoon by pipping Ogier and Neuville by 0.1s over the tricky 10km an all-asphalt circuit test, with the added challenge of driving in darkness.

The spoils however belonged to Sordo, who prevented Toyota’s Takamoto Katsuta a sixth stage win by 2.2s, while Evans was third fastest.

"We made a small change in the direction of my car [to how it was] in Catalunya," said Sordo. "Already when I finished the stage, I told my co-driver it's much better. It's a small change, but it's a big change."

Ogier: "Only danger" is myself in WRC title fight on Rally Monza