Loeb, who led the event for much of the opening day, damaged the left-rear suspension on his Citroen DS 3 WRC on the final stage.

"There was a little ditch on the exit of the corner and I just fell a little bit in. There was a stone under the snow and... bang."

Loeb got through the stage, but was unable to secure the wheel for the 70-mile road section back to service.

"We will be back tomorrow," he added. "And maybe we can score some little points but it won't be a great result for Citroen and I'm sorry for that.

"I won't score points for myself, but I don't need them. We will drive and we will enjoy tomorrow."

The final stage of the day brought further frustration for Citroen when Kris Meeke retired from fourth place.

The Northern Irishman said: "It wasn't the trickiest place; I was caught out on some mud on a fast-left. 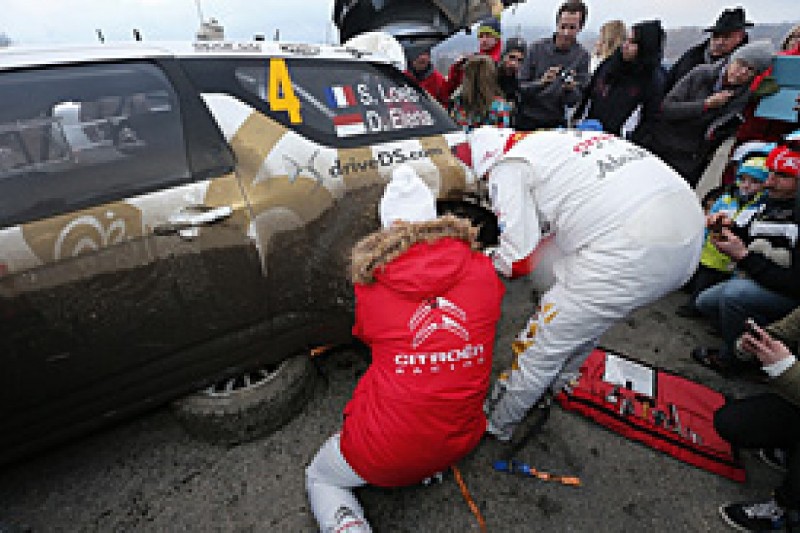 "We went sideways up the road, I corrected it and then I banged a wheel in a ditch on the left.

"I was pushed out of the snowbank and continued up the road, but something was broken."

Volkswagen team principal Jost Capito said: "This was bad luck [for Citroen] and we don't like this. We wanted this fight to go on."

His opposite number at Citroen Yves Matton agreed, saying: "We were looking forward to a long good fight.