The event was moved south after Saarbrucken outbid the rally's traditional host city Trier, but the move has forced revisions to the route that have proved unpopular.

Rally Germany retains its format of using three distinct road types in the vineyards, plus the Baumholder military roads and the Saarland country lanes.

It is the country lane sections that have caused disquiet.

"They have changed the whole nature of this event," said one leading WRC driver.

"It was really one of the greats before, but this time it's really boring.

"It's just straight all of the time, straight and then a nearly straight corner.

Hayden Paddon's co-driver Seb Marshall reckons the rally will be decided after the second run of the Baumholder stages on Saturday given the nature of the rest of the route.

"We have the vineyards on Friday, and, love them or loathe them, they have a real character to them," said Marshall.

"On Saturday, obviously it's Panzerplatte and we all know what a huge challenge that is.

"But the stages after that on Saturday and Sunday are all quite quick; certainly it's going to be hard to make a lot of time in those stages.

"The difference could come from the car, with a strong engine and good aero working really well - then it comes down to whose car sticks the best and gives enough confidence to keep the speed through the corners with a 'flat maybe' attached to them." 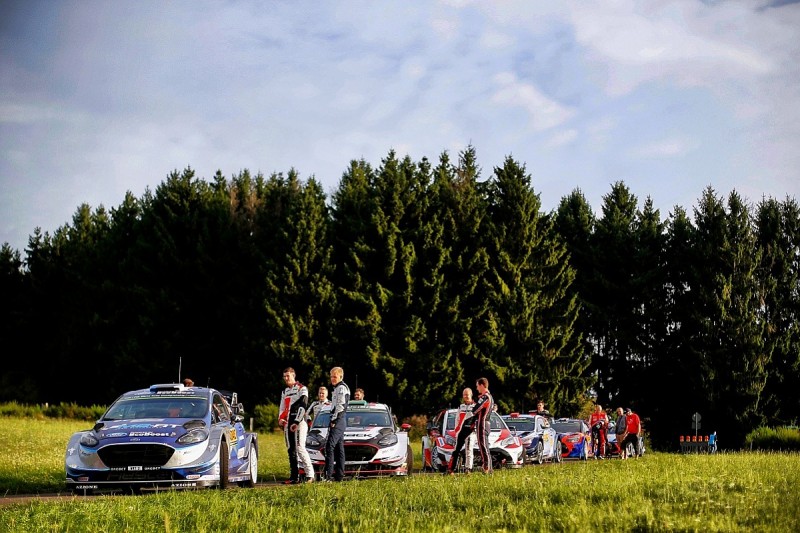 "I understand why the organisers have included the stage, it makes sense to bring the people in, but we're doing a couple of laps of this stage and we're doing it three times during the day," Breen told Autosport.

"In between us going in there, the organisers are going to be doing VIP runs on that road - by the time it's finished there could have been as many as 600 cars passing.

Rain is forecast for the opening day on Friday and Breen said wet weather will make a real difference.

"It would give [Thierry] Neuville a real advantage, a huge advantage [for running first on the road," he said.

"There's so much scope to cut corners, it'll be a real mess the further down the field you go.

"It's fair to say it's not the best route this time around.

"Once we get away from the vineyards and Baumholder and into the country roads, it's not so interesting.

"We've lost a lot of character of the rally."