The left-hand corner of the Finn's Toyota struck a tree near the end of the second run of the 21-mile Cagnano-Pino-Canari test.

The car was retired from the day, but the FIA has authorised the team's decision to cut out and replace a section of damaged roll cage as part of an attempt to allow Latvala to rejoin the action tomorrow under Rally 2 rules.

Improved side-impact protection was a big part of the new-for-2017 WRC regulations, with the crew moved further inside the car and more energy-absorbing foam placed between them and a possible impact points.

This was the first major test of those new regulations.

"It was a fairly big impact, but you can see now how well the safety foam is working," Latvala told Autosport.

"The foam at the back of the car is pushed in. Sometimes you would come away from this kind of crash and you would feel it in the neck, but this time I really don't feel anything.

"You can really start to say these cars are safe - this is the first time we have seen [the side-impact foam] really tested and it's very good." 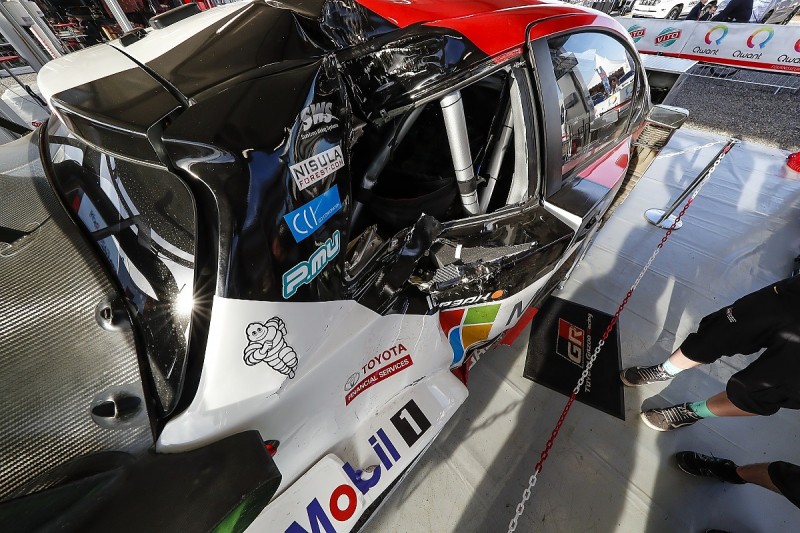 After a troubled start to the event, Latvala had picked the pace up following suspension changes that improved the car's performance.

"Before we changed [we] had a car that turned but had no lateral grip," Latvala said.

"Then we opened the [damper] rebound and stiffened the roll bar. For the first time the tyres were biting - the feeling was amazing - and I was really starting to enjoy it.

"I pushed and pushed and the times were really good - we made fastest split times in the stage, but then there was a little bump downhill into the left corner.

"This locked the rear wheel and then the rear snapped and I went sideways to the tree."