The route for Britain's round of the World Rally Championship is being threatened by tree disease which, according to the government, is at the "height of its contamination"

The disease, known as Phytophthora ramorum, affects Larch trees across Britain and has been a continual issue for the last 10 years ago, but has never been as widespread as it is now.

The Natural Resources Wales is the body in charge of Welsh forests and is working closely with Rally GB organisers to minimise the potential impact on the October event.

The felling of trees has a knock-on effect for rallying in that the logistics - such as trucks heading to and from a site - could damage the roads that the WRC plans to use and make them unusable.

A spokesman from NRW told Autosport: "The disease is still spreading, which is why we're now clear-felling very large areas of the forests infected. We are working very hard to stop this disease."

The other problem for Rally GB is that the schedule for completing that vital work to eradicate the disease is constantly evolving.

That means guaranteeing the roads needed for Britain's round of the World Rally Championship in October is a difficult task.

Rally GB route co-ordinator Andrew Kellitt has to deliver his planned itinerary to the FIA next month. 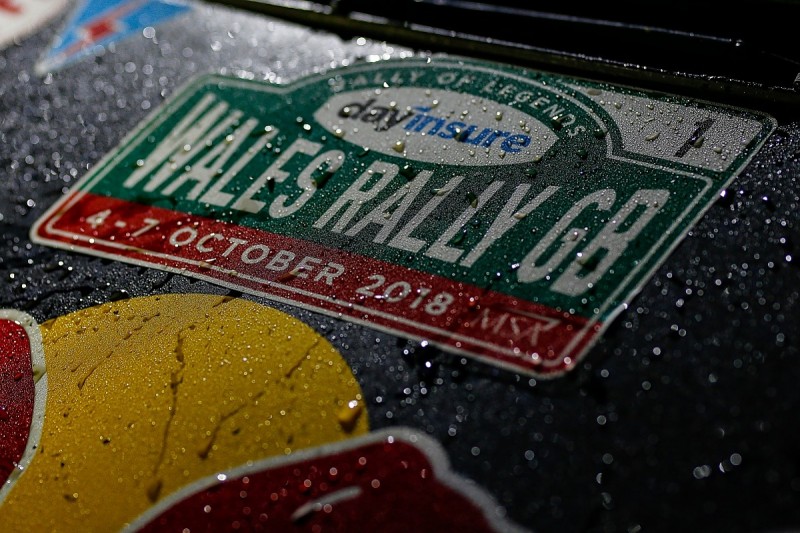 The spokesmen added: "Our forest planners and land managers will be coordinating their work with the organisers of the rally, but the priority is to get hold of P. ramorum and, while the forest roads remain open, we can't guarantee the felling operations won't clash with the rally."

The tree disease has already impacted on Kellitt's work, forcing him to shorten the Myherin stage when the disease was discovered in those woods.

Kellitt added "there's nothing new here. We've worked with this for the last 10 years.

"It's true that it is having an effect on the route - we lost the southern part of the Myherin stage to it three years ago.

"It's in the spring when you have the new growth coming that you see precisely where the disease has spread to.

"We'll keep monitoring it and working with NRW."

Kellitt admitted the route for this year was close to being completed, but that he was ready for any last-minute changes.

"We're always ready to make changes and we've done that plenty of times over the last 10 years," he said.

As ever, NRW is pushing for vigilance from the public visiting the woods - asking that car and bike tyres as well as footwear be cleaned before moving from one forest to another.

Asked if the disease posed any threat to the public, the NRW spokesman added: "The only threat is from a tree which has been infected and died.

"When trees are dead they're more susceptible to being blown over."