Was the WRC's visit to Mexico City a farce or worth the problems?

The World Rally Championship's visit Mexico City raised eyebrows, particularly when stages closer to the Rally Mexico base had to be cancelled. Was it a farce? DAVID EVANS examines

Maybe it's going to be a once-a-decade thing.

Ten years ago somebody had the bright idea of putting cars on a transporter, the crews on a plane and taking the rally to the people. What could go wrong?

Ten years ago the people were in Buenos Aires. The weather closed in and it all went wrong. Much of day one proper was lost after fog grounded flights and folk couldn't get back to Villa Carlos Paz.

On Thursday, the people were in Mexico City. For the crews, the return journey was fog-free and much more straightforward. Landing in Leon, the chartered 737 emptied its cargo of tired rally stars bound for bed.

Not long after lights out, the four trucks ferrying their cars north ground to a halt in a late-night traffic jam on the main motorway north.

Five hours later, the traffic was moving again. The trucks eventually rolled into Leon at 10am, ironically at the same time the first car was originally scheduled to be arriving at morning service.

By then the morning's action had long since been abandoned.

A decade on, disaster struck for the second time.

It didn't take long for social media busy itself with a long-distance critique of the decision to dash down the road and put on a show for the capital's 21 and a bit million people. 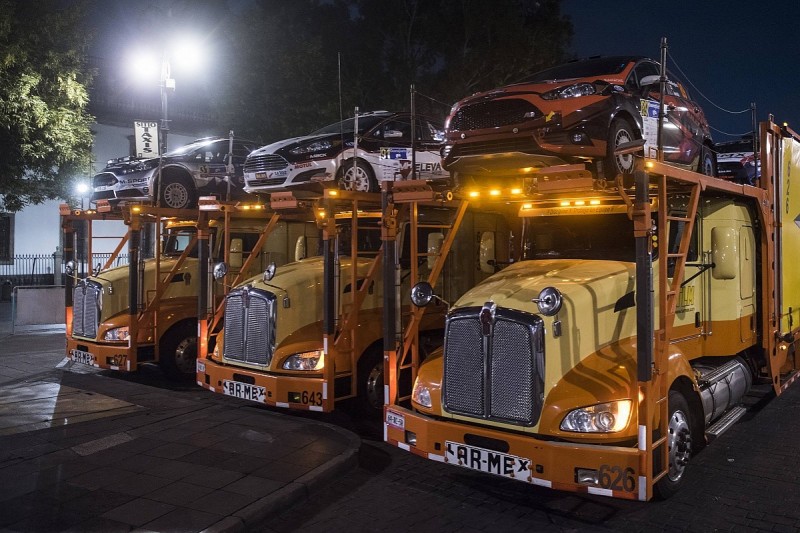 And it was hard to argue with the case put forward by hindsight. What were they thinking? Risking so much for two shots at a stage measuring less than a mile was clearly bonkers.

And then there was the disjointed and, at times, apparently disorganised 18-hour day which had to be endured to put on a show for - comparative to Mexico City's overall population - a handful of slightly bemused city dwellers.

Then there was a day of constant toing and froing across the Bond-famed Zocalo piazza. Then there was the lack of any Bond reference. And it rained. And then it went and got dark. And to cap it all, the queue to get back on the plane was worse than a Stansted scrum for the Ryanair to Fuerteventura.

Did nobody learn anything from the River Plate debacle of a decade ago?

Madness. What were they thinking?

I was there, so I might as well put some sort of defence together.

Is it really that hard to think of a reason to go and run a stage in the middle of Mexico City? Really?

Top of my head, nine million reasons spring to mind. And that's just the city centre population. I could give you a further 12.34 million reasons if we expand that to the outer edges of Mexico City.

I know only a fraction of them (and we're talking 10,000 or so) stayed through the rain, but that number was far higher in the middle of the day. And let's not forget the hundreds of thousands who passed as the stage was being set-up or saw the city-side ads. It's perfectly possible a million people now know a rally's about more than just a march. 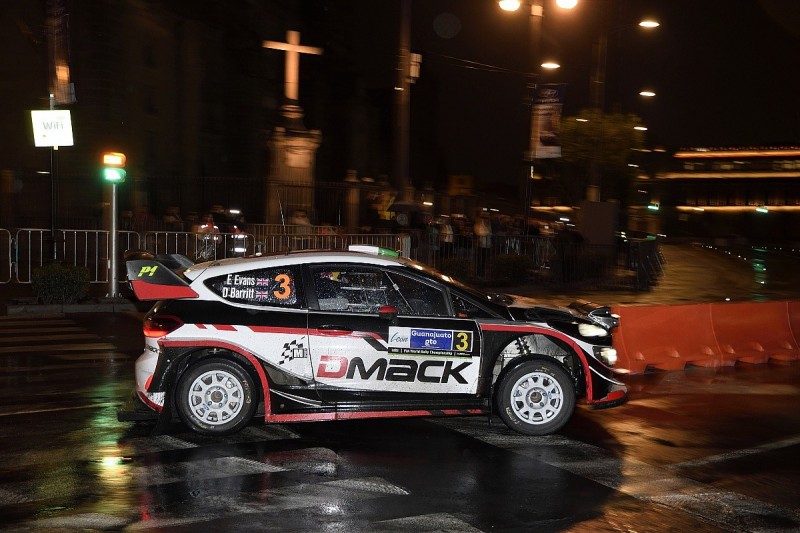 How can that be a bad thing?

At this level, this sport of ours is a show and it's a show designed to sell metal, pure and simple. The drivers and co-drivers are part of that process and days like Thursday are part of their job.

That said, I understand and agree with some of the grievances raised by those blind to Thursday's bigger picture.

We went to Zocalo to see the stunning National Palace and the vastly impressive 357-square metre Mexican flag flying from a 50-metre flagpole (the one James Bond might have been kebabed on had he not won that scrap in the helicopter), so why do the stage in the dark when neither could be seen on telly?

And I agree, an 18-hour day was excessive, particularly after such a hurried recce and shakedown.

But if you want to talk working hours, probably best avoid any members of the Rally Mexico team. Especially the ones who worked night and day for the last six weeks to give the WRC the chance to do donuts slap bang in the middle of one of the world's biggest cities.

Undoubtedly, there were rough edges and areas in need of work, but the reward was worth the risk. Even if the risk resulted in the loss of Friday morning's two stages, leaving us perilously close to the rule stating half points will be offered if the competitive route falls below 75 per cent of the planned mileage.

Without wishing to be macabre, I'd point those mourning the loss of a morning's sport in the direction of the families of those killed in the road accident which halted the northbound trucks on Thursday night.

True tragedy offers genuine perspective, something thankfully recognised, to a man, by those in the service park on Friday.