Tanak heads into final day of the Greek gravel rally sitting 27.9s behind team-mate and rally leader Neuville following an eventful Saturday that shook up the leaderboard.

The call for team orders has been strengthen by the fact Rovanpera is highly unlikely to finish in the points paying positions, sitting almost 17 minutes adrift of Neuville, after losing time to a collision with a tree. A maximum of five points from the rally ending powerstage is the Finn’s best hope of adding to his tally.

Should Tanak take the victory and Rovanpera miss out on powerstage points, the 2019 champion could reduce Rovanpera’s championship lead from 72 to 47 points with 90 points available from the final three rounds.

Asked if he expected Neuville to move over on Sunday, Tanak said: “I don’t think so, I think it is bit too much to ask.”

Neuville, yet to win a rally this year, offered a similar response when asked if he would be expected to give up time to Tanak: “No, not all to be honest. I think the target for the team is to bring the three cars home on the podium. If we get that I think there will be a big party.” 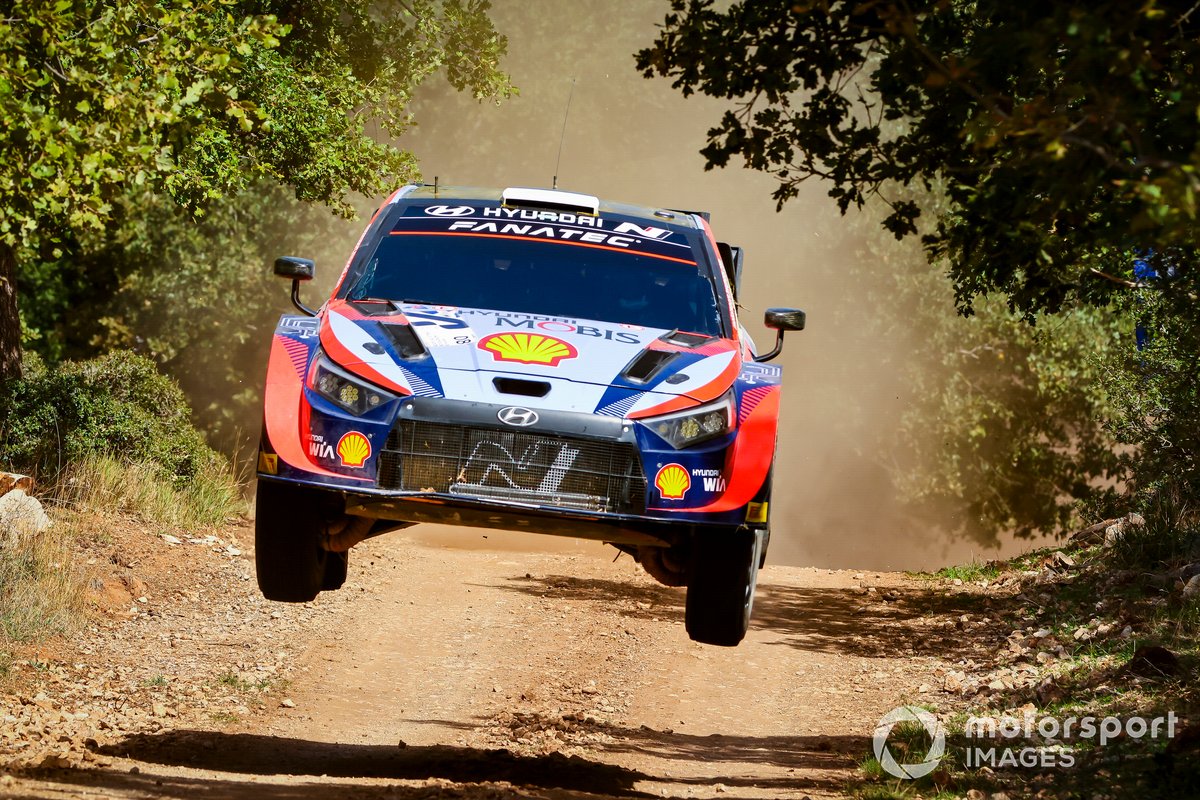 Hyundai’s deputy team director Julien Moncet reiterated that ensuring his drivers bring home a 1-2-3 was the priority, but didn’t deny that team orders would be deployed.

“My only issue is to secure the 1-2-3 position on the road tomorrow for the rest we will see,” said Moncet.

Moncet did reveal his team faced a tough afternoon battling overheating issues on all three i20 Ns caused by the high ambient temperatures.

“It has been a tough day for everybody, we have seen a lot of dramas suffering from the roads and the temperatures,” he added.

“We had some concerns but we managed to sort them out with the support of the team.

“It has been a tough day for us and we have been a bit nervous especially this afternoon when we saw all the alarms on the cars, but here we are 1-2-3. We are looking forward to tomorrow.”

Championship favourite Rovanpera has downplayed the prospect of salvaging powerstage points following an out of sorts performance on the tough Greek gravels stages.

The Toyota driver and five-time rally winner this season has struggled to match the outright pace this weekend.

Rovanpera was hampered by opening the roads on Friday which left the 21-year-old more than a minute adrift in ninth. But any hope of salvaging a finish in the championship points paying positions was dashed by an error on Stage 9 on Saturday.

Looking ahead to Sunday, Rovanpera isn’t confident he has the pace to challenge on the rally ending powerstage.

“We had nothing to fight for so we just drove through the stage,” said Rovanpera.

“Of course we will try to do what we can [on the powerstage], but I think we are lacking so much pace at the moment that it is not possible to do much there.”