The Hyundai driver continued to have the measure over Evans in the two morning stages to pull 20.6s clear heading into the final service of the event.

“The performance has been good, but also the car gave me the necessary confidence," said Neuville.

“We have seen on many rallies there is always one car a little bit ahead of the other, and I think this weekend our package has been strong."

Hyundai’s Dani Sordo was the star of the morning loop winning both stages to climb to third overall, 1.6s ahead of champion leader Sebastien Ogier.

An early morning start meant crews tackled the opening stage of the day in darkness, adding yet a further challenge in navigating a tricky 9.1km Santa Marina stage.

Sordo made the most of his local knowledge to win the test by  0.7s from rally leader Neuville, but the Spaniard was crucially 1.7s faster than Ogier, leapfrogging the Toyota into third overall by half a second.

"I was not really confident,” said Ogier. “I didn't see very well, so I struggled a bit in there.”

Neuville took more time out of nearest rival Evans, who could only set the third fastest time.

"I wasn't sure if it was enough," said Neuville. “There are a lot of cuts and I am still afraid to get a puncture. I had a clean run and in the daylight it will be better.”

Now back with a fully functioning Ford Fiesta after yesterday’s encounter with the barriers, Adrien Fourmaux set the fifth fastest time, only 2.1s shy of Sordo. 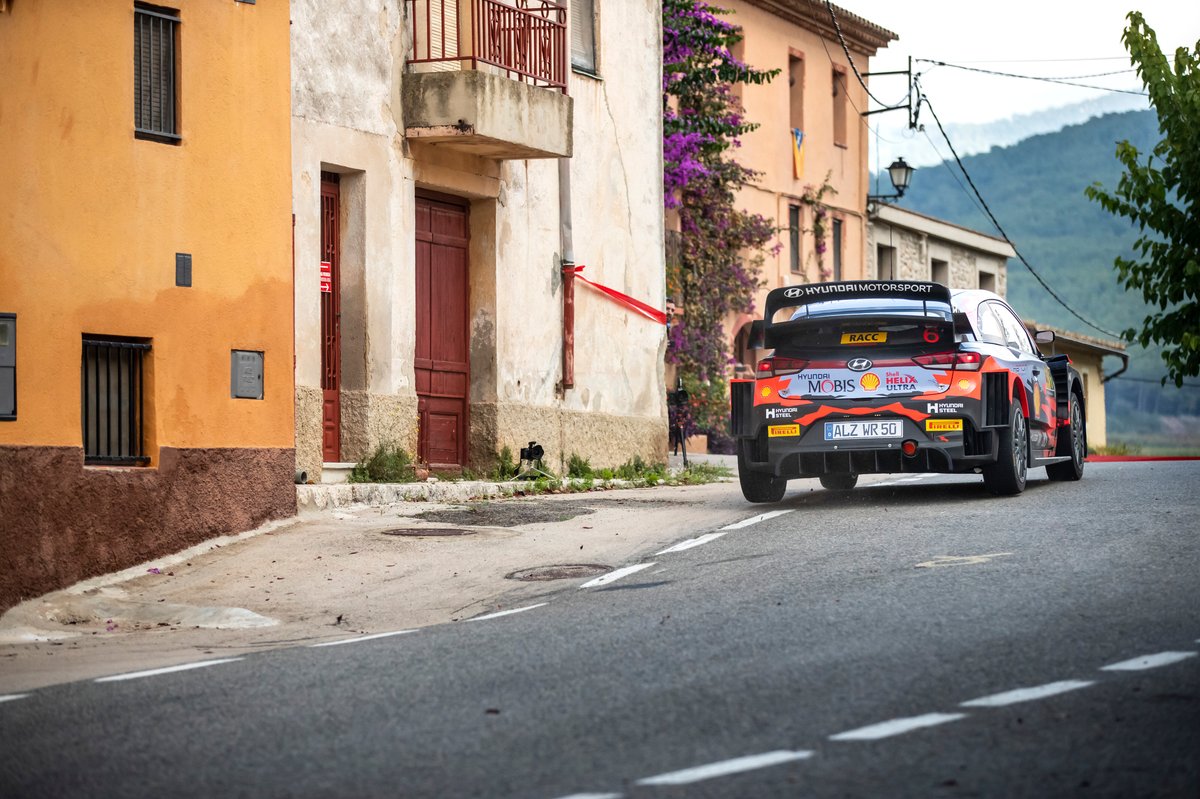 Rovanpera was the slowest of the WRC runners some 10.4s adrift but the Finn, competing the event for the first time in a WRC car, maintained a comfortable fifth overall.

"It was basically just a check of the notes," said Rovanpera. "We have nothing to drive for, so I don't want to take any risks.”

Sordo’s strong start to the day continued with a second stage win on the final test of the morning loop, a first pass through Riudecanyes, which will host the Power Stage later today.

A smooth run through the test allowed Sordo to clock the fastest time, pipping rally leader Neuville by 0.2s, but more importantly the effort was 1.2s faster than Ogier in the fight for third overall.

"I lost a little bit of time in one corner but I tried to do my best,” said Sordo. “It's so fun to do this and Seb is a world champion, so to fight with him is nice.”

After seeing the gap to third extend to 1.6s, Ogier added: "There is not so much more I can do. I slid a bit near the end. The car is not bad and it's not over.”

Evans continued to struggle to find the pace in his Yaris, dropping another 3.5s to Neuville in the tussle for victory. The Toyota driver reported that there were “quite a few exchanges to make” to the car at service before the final two stages.

Teammate Rovanpera was lucky not to incur a right rear puncture after he clipped a kerb towards the end of the stage, damaging his wheel.

The crews will compete a second pass of the stages later on Sunday morning to conclude the rally.