Evans and Meeke finished fifth and sixth on GB last year, but both come home on the back of strong results, with Evans taking a career-best second in Corsica and Meeke scoring his maiden WRC win in Argentina earlier in the year.

Ogier told Autosport: "I think they can be a threat. Elfyn has done a good performance in Corsica and at his home event [last year] he was also not so bad - and he will have extra motivation from competing at home, so we can expect him to be trying.

"And we all know that Kris is able to go fast on many rallies."

The last British winner of Rally GB was Richard Burns in 2000, whose third straight home success followed a hat-trick for Colin McRae as Britons dominated the event in the last part of the 20th century.

Ogier was quick to point out that recce regulations now prohibit any driver having better knowledge of the roads than their rivals.

"When there was no recce for Rally GB, definitely this would have helped them have a big advantage, but I think it's not the case anymore," he said.

"The rules are the same for everyone and we all go once a year.

"The public will cheer a bit more for them, that's one thing which will push for them."

Both Meeke and Evans were reluctant to tip themselves for success this week, both pointing to the advantage Ogier will have running first on the road.

"I think you're beaten if you're third on the road," said Meeke.

"First is the only place to be on the road in Wales.

"It just gets muddier and muddier the further down you go.

"Let's be honest, Ogier's done his fair share of road cleaning this year, so we can't knock him for having a good place this time."

Ogier, chasing a hat-trick in Wales, admitted his own relationship with Rally GB had changed down the years.

Having started off on a high when he led the 2008 event on his debut in a World Rally Car, he then had to learn the particular nuances of competing in Wales in the late autumn.

"Of course, the first time I came, it was amazing when I was in the lead, but still the condition were so difficult," he said.

"You need experience of this rally to be able to read the grip, it changes a lot; when you are under the trees it is different from when you are in the open forest - but always, you know it will be slippery.

"It used to be a hard rally that I didn't like very much, but I won the two last rallies and now I do like it."

Follow Rally GB as it happens with Autosport Race Centre Live from 9.15am UK time on Friday 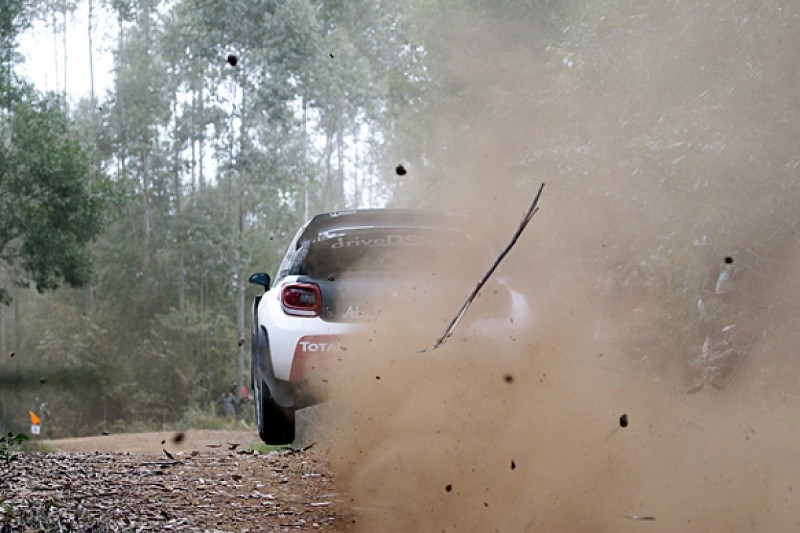 Survive the weather on Rally GB