Sebastien Ogier will resume Rally Sweden on Saturday after his crash, but the World Rally Championship leader feels he has "nothing to play for" as he rejoins in 46th position

Ogier's Citroen C3 WRC was not damaged when he went off the road on the second run through Svullrya on Friday afternoon while holding seventh place, but he became stuck and had to retire from the leg.

He felt he paid a high price for a small mistake.

"I got stuck in the snowbank," he told Autosport. "It was nothing special.

"It's always tricky on the second loop. I touched the snowbank a little bit and got stuck and, with no spectators, there was nothing we could do.

"We had to run, I don't know, a kilometre to find them. We had a little bit of time to play in the snow..."

Ogier will have to spend the rest of the weekend running at the front of the start order so will get the worst of the road conditions.

"I don't care for tomorrow, I have nothing to play for," he said.

"Starting at the front, there's not so much to do now." 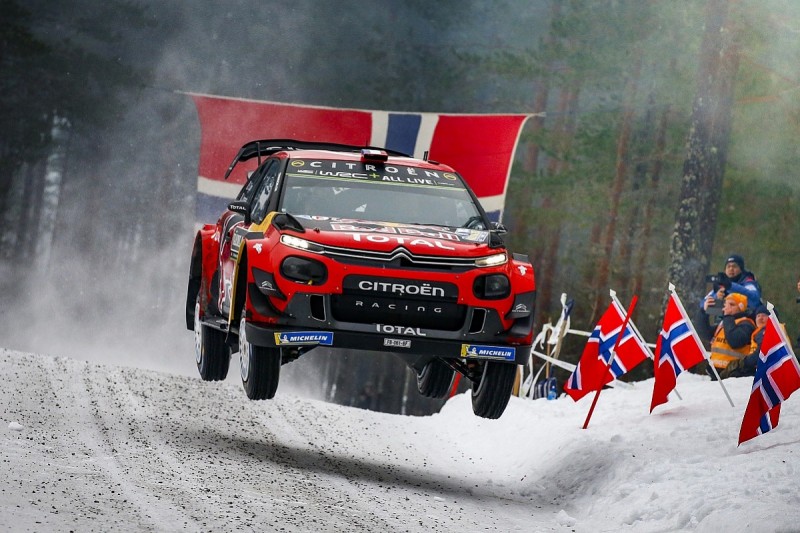 Citroen has stated consistently that a drivers' title push with Ogier is its priority for this year rather than the manufacturers' championship.

The main purpose of restarting is therefore to aim for powerstage points on Sunday, but running at the front will hamper this.

Team principal Pierre Budar said: "This afternoon was difficult for everybody. It was a small mistake for Sebastien, but there was no chance - no luck with no spectators.

"The car is perfect, but he was stuck."

Autosport Live coverage of Rally Sweden resumes from 6.30am UK time on Saturday