The Frenchman spun the Fiesta and damaged the left-rear wheel and suspension on the car at the test in the French Alps.

M-Sport's Malcolm Wilson told Autosport time loss from the incident was minimal and didn't detract from an otherwise strong two days for Ogier.

"We're pleased with the way the test has gone," said Wilson.

"The feedback from Seb and Julien has been fantastic and they're proving a real asset to the team.

"There have been one or two small things that we've talked about, but otherwise it's all good.

"He had a full day in the car yesterday and got some really good miles down, he got a lot of experience in the Fiesta, just like he did when he was testing in Sweden earlier this month. 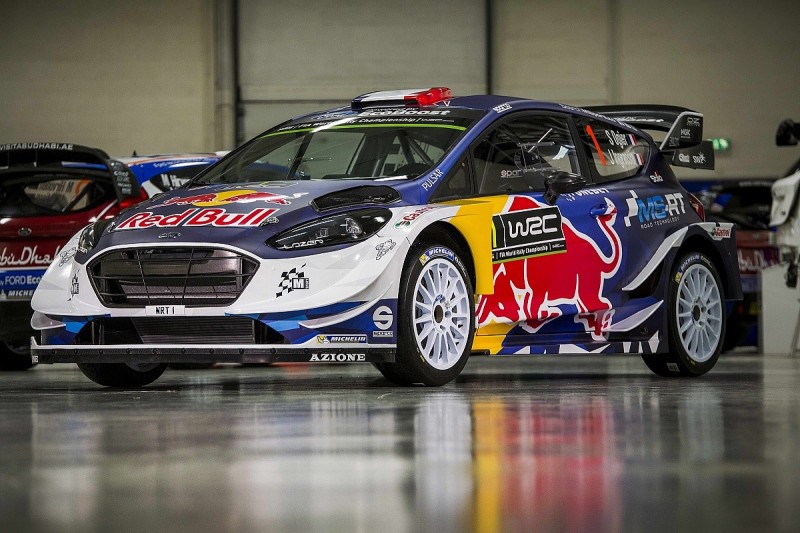 "Today we lost a couple of hours after a minor knock.

"But the boys had the car running again and Seb carried on and completed his day's testing.

"In an ideal world, we would have liked to have had more time for him to test the car on asphalt, but that is just the way it is.

"We're as prepared as we can be given the limited timeframe.

"Monte is a very specific event and I'm sure Sebastien's expertise will hold us in good stead."

Ogier will hand the test car over to his team-mate Ott Tanak for the next two days before DMACKs replace Michelin tyres and Elfyn Evans gets a final day running on Friday.

Ogier will make his Ford Fiesta WRC debut with the M-Sport World Rally Team at next week's Monte Carlo Rally.