Sebastien Loeb says he feels sorry for Craig Breen, who is being benched by Citroen for the next round of the World Rally Championship to make way for him

Nine-time World Rally champion Loeb is tackling three rounds of the 2018 series - next week's Rally Mexico as well as Corsica and Spain - and Breen will step out of the second factory Citroen C3 to make way each time.

Breen scored his career-best WRC result by taking second last time out in Sweden and said afterwards he was "gutted" to now be missing Mexico and Corsica.

"It must be frustrating for him," Loeb told Autosport after two days of pre-Mexico testing in Spain.

"He did a really good rally in Sweden, but on the other side I don't decide anything.

"Citroen proposed me a few rallies, I'm sorry that I am taking his car, but it's like that."

Citroen is only funding two factory cars on each WRC round this season. Khalid Al-Qassimi will drive a third C3 WRC on selected outings as part of the team's major Abu Dhabi deal and Mads Ostberg paid for his outing in Sweden.

"He is out of the car for three rallies, not six or seven," Tavares told Autosport. "Loeb is a member of our family." 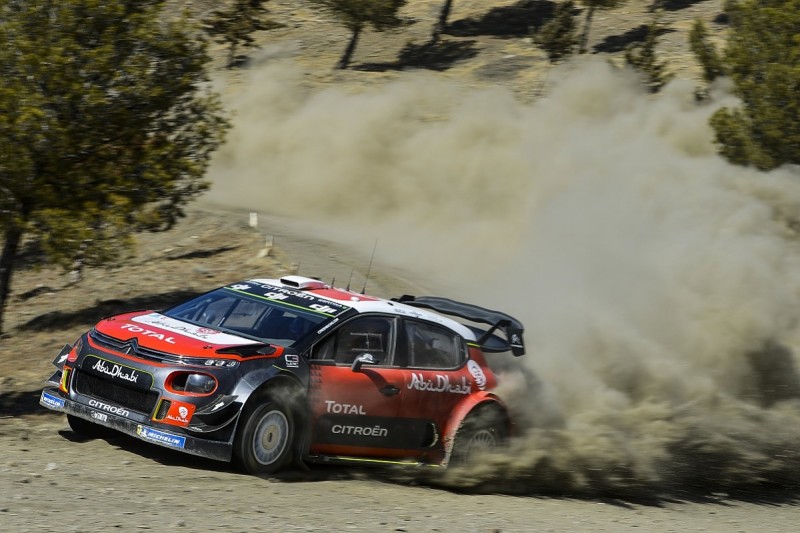 Loeb added that he was intrigued to find out how his pace compares to the WRC field when he makes his first competitive appearance on a gravel round since 2012 next week.

"For sure I know I will have a good position on the road and that will help me on the first day, but for the rest, it's really difficult to make any plan.

"It's too long that I didn't drive in this level of rallying: six years and I didn't do a gravel rally. I am curious to know after the first stages how I am."