Rovanpera said the Toyota team had learned a valuable lesson on the newest addition to the WRC calendar, having tested extensively for the Rovaniemi-based event, but struggled to capitalise due to separate problems hurting its drivers.

Elfyn Evans struggled to gel with Pirelli's studded tyre and was unhappy to finish in fifth, while Sebastien Ogier's weekend was one to forget as he limped home in 20th position after losing time on Friday opening the road before going off on Saturday's final stage.

As for Rovanpera - the person many tipped to win Arctic Rally Finland - his speed was badly thwarted by set-up issues.

Changes intended to move the car forward at final service on Friday evening had the opposite effect, which meant the gap to the Hyundai's Ott Tanak could not be bridged.

"I think the most obvious lesson going forward will be that we need to be more clever with the testing and everything, and to have the car perfect for the rally and not to have a situation like this where we have to struggle during the event," admitted Rovanpera who tops the drivers' standings by four points - becoming the youngest-ever driver to lead the world championship.

"It has been quite a difficult weekend to be honest. In the beginning the plan was to be quick from the first stage and I tried to do that but I just couldn't manage it from the first stage. I lost time there and after that I was just trying to be as quick as possible all the time.

"I was tracking [understeering] a bit with the car, it was not perfect, so yeah, there were some difficulties to be on the optimal pace. 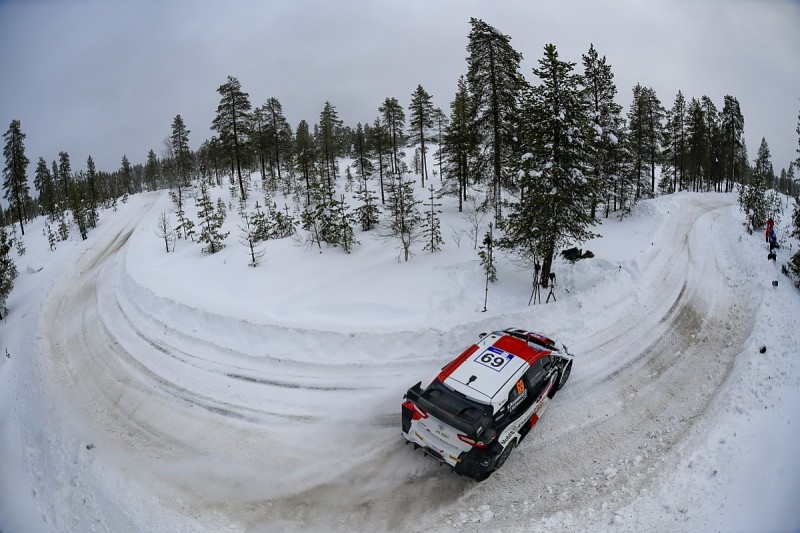 "It [the set-up] got better on yesterday's afternoon loop and again today it was already quite OK. Still not perfect but it was getting better all of the time. It was nice that we could fight back in the end."

Struggles aside, Rovanpera felt his battle with Thierry Neuville, which he won to take second place, would serve him well heading into April's Croatia Rally because like Arctic Rally Finland, the tarmac event is new to all WRC teams.

"It was quite interesting to have the fight with Thierry," he said. "I've been pushing really hard because I have not been perfect with the car in many places and I could see I was losing time in some places so I needed to push a lot to gain back in other places."