The Toyota driver produced a dominant run to a maiden world title this season, recording six wins and 70 fastest stage times to become the championship’s youngest ever world champion.

The 22-year-old Finn smashed the previous record set by the late 1995 world champion Colin McRae by five years and 88 days.

While Rovanpera dominated the 2022 season, Tanak emerged as the Toyota driver’s closest rival as the Hyundai driver swept to three wins including defeating Rovanpera on his home soil in Finland.

After a challenging three years with Hyundai, Tanak confirmed this week that he will re-join M-Sport Ford for the 2023 season, ensuring there are now full-time drivers that have won WRC rallies in all three WRC teams.

Looking ahead to next season, Rovanpera admitted Tanak’s move will pose an even bigger challenge to defend his title next year.

“Definitely, next year is going to be more difficult in terms of the title fight," said Rovanpera when asked by Autosport about his title defence at the FIA Prize Giving.

“I think all the teams especially Hyundai is much closer to us than they were at the beginning of the season. 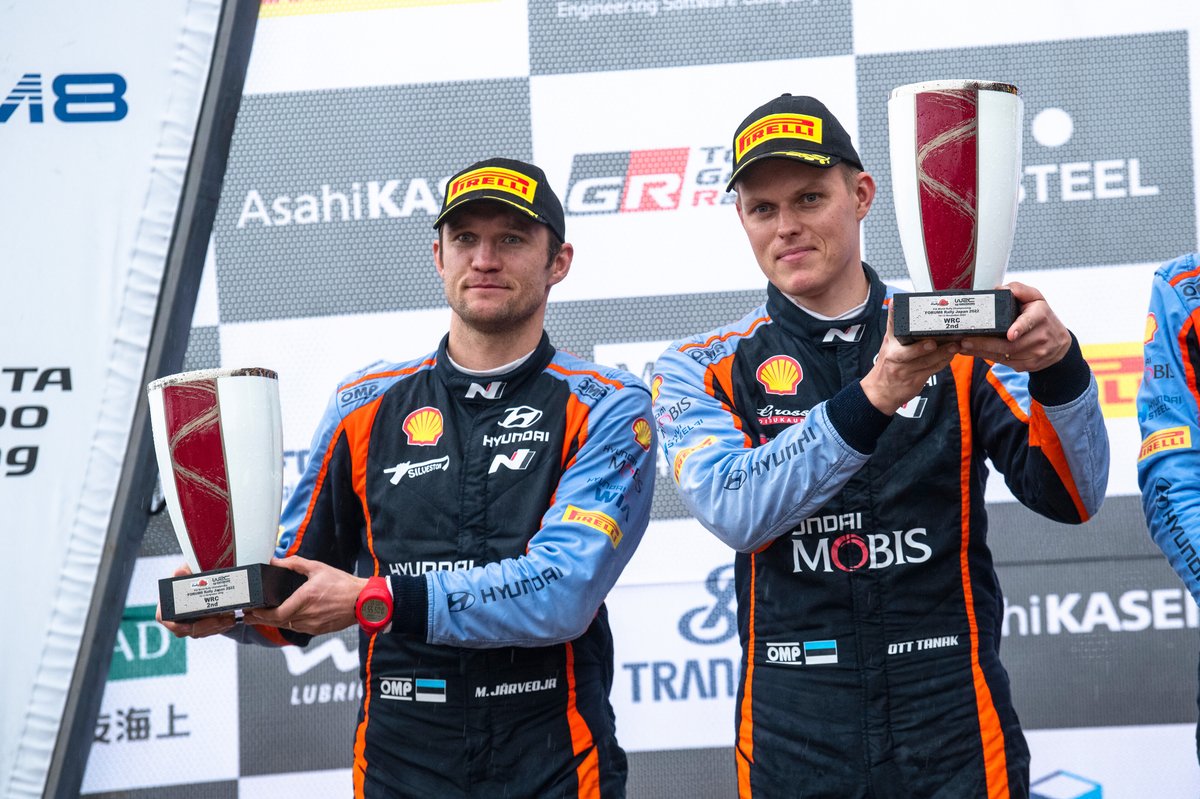 “It is nice to see Ott go to M-Sport and we have winning drivers in all the teams for the whole season, so for sure it is going to be big challenge and for us and a bigger challenge than this year. We need to push again harder and be consistent.”

Reflecting on his 2022 campaign, Rovanpera revealed that his results and the level of dominance exceeded his own expectations.

“It has been an amazing season and especially getting the first title is always the most difficult one, to cope with the pressure and everything, but this season was really good for us,” he added.

“Maybe we didn’t expect it [the title] to happen so soon but it was of course always the goal. We were always pushing. All the time I was driving I didn’t think we were young or that I didn’t have any experience, every time I drove the car I always tried to be as fast as possible.

“Yeah of course in some rallies the result came quite easily I would say as we just had a really strong normal pace,” he said, when asked if he was surprised by how dominant he was in some rallies.

“There was of course many things happening at the beginning of the season but we finished always with good points.”

Rovanpera will begin the defence of his WRC title next month when the season begins in Monte Carlo from 19-22 January.