Kalle Rovanpera has downplayed the prospect of wrapping up what would be a record-breaking maiden World Rally Championship title at this weekend’s Acropolis Rally.

The Toyota star has dominated the 2022 season, earning the 21-year-old the opportunity to become the WRC's youngest-ever world champion.

Rovanpera can eclipse the record set in 1995 by Colin McRae, who was aged 27 when he claimed the title for Subaru, if the Finn can outscore Hyundai rival Ott Tanak by 18 points on the Acropolis rally’s rough gravel stages.

Such has been Rovanpera’s dominance of the the 2022 championship that the son of former WRC driver Harri Rovanpera had a slim chance of sewing up the title in Ypres last month, only to suffer his first crash of the season.

“I wouldn’t mind if we do it here but of course it still doesn’t look like it is going to happen here so easily,” said Rovanpera.

“But of course we will always try best and hopefully have a good rally this year.”

Rovanpera has already enjoyed success at the Acropolis in his fledgling top-flight WRC career, after netting his second rally win on the Greek gravel last year.

This year he will face the added challenge of starting first on the dusty gravel roads by virtue of his championship position. The event will also only feature four of the stages used 12 months ago. 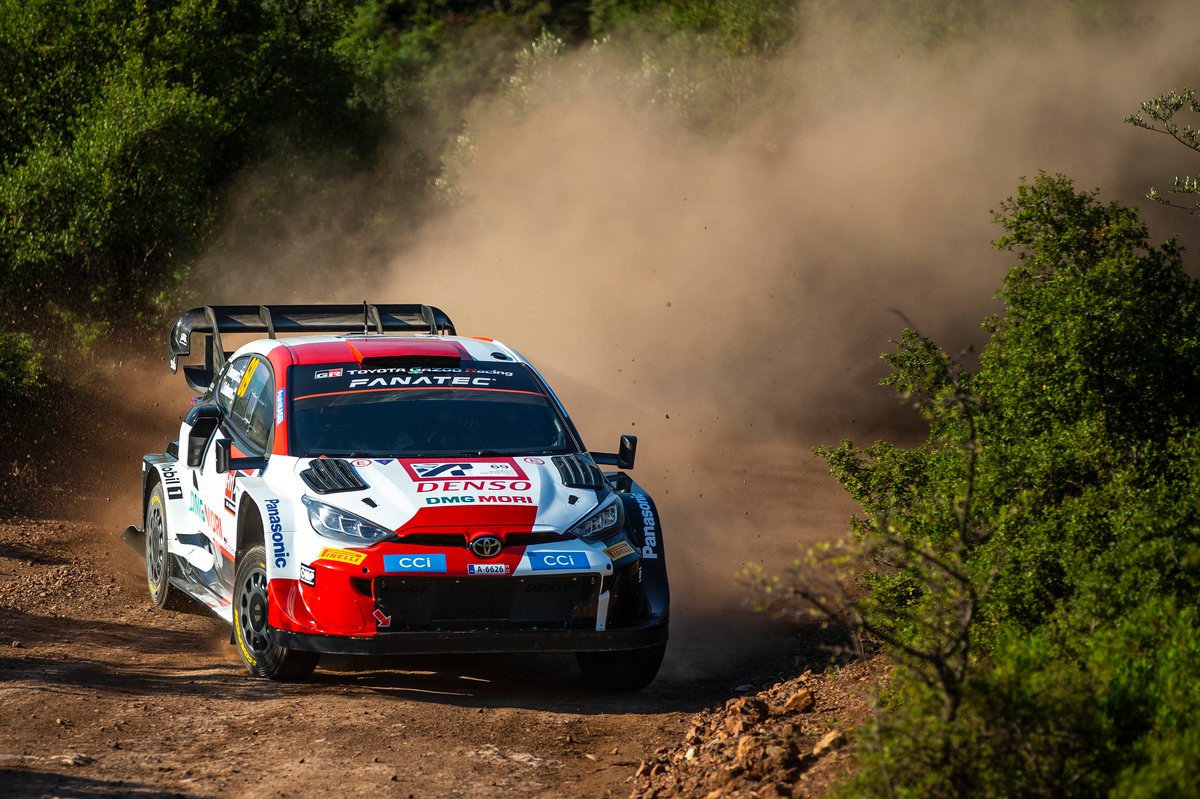 Cleaning the roads will ensure remaining in the victory battle during Friday will be tough, with the task increased by a schedule that will see crews compete without a midpoint service. However, Rovanpera has already won gravel events in Portugal and Kenya this season starting first on the road.

“I think for us the first day will be quite tricky to open the road,” he added. “It looks like it there will be a lot of loose gravel and really tricky.

“We will need to push quite hard to stay on the pace, so that is the plan to try and stay in the fight on Friday.

”It seems here that you really need to plan carefully what you do and also you need to take care of car and the tyres in the rough conditions. It is not going to be easy.”

Rovanpera kicked off the rally by posting the sixth fastest time in this morning's shakedown, 1.7s shy of championship rival Tanak, who topped the timing screens after three passes of the shakedown stage.

Three-time Acropolis winner Sebastien Loeb, who returns to the WRC this weekend, completed only two passes after his M-Sport Puma suffered an engine misfire.

The Acropolis Rally begins this evening with a super special stage hosted inside the Athens Olympic Stadium.

The WRC three-peat that crowned McRae the Acropolis master

Experienced co-driver Paul Nagle has announced plans to retire from the World Rally Championship after Rally Spain later this month.

Sebastien Ogier wishes to continue his part-time World Rally Championship role with Toyota into 2023, but is unsure how many events he will contest.