Rally China: WRC officials fighting to save event from cancellation

WRC safety delegate Michele Mouton and a representative from the promoter flew to Beijing last week for two days of emergency meetings after it emerged the event was on the brink of being cancelled.

Rain-damaged roads in the Huairou region are at the heart of the problem for the September 8-11 rally - although there remains significant speculation regarding supposed financial difficulties.

The governing body and promoter issued a joint statement saying: "WRC Promoter and FIA are undertaking all necessary discussions and negotiations with the organiser to ensure the event continues.

"Both WRC Promoter and FIA were in China last week to make all necessary investigations and contingency planning for the event."

One source added: "This decision is in the hands of the Chinese organisers.

Everybody has done what they can, but at some stage a decision needs to be taken on whether or not the roads will be fixed and the rally can run.

"And that decision needs to be taken sooner rather than later."

Autosport understands the weather hit the roads in July and the issue with fixing them lies with the reluctance from the local council to fund the repairs.

The container ship with the teams' kit docks in China this week - but the real deadline comes next week. 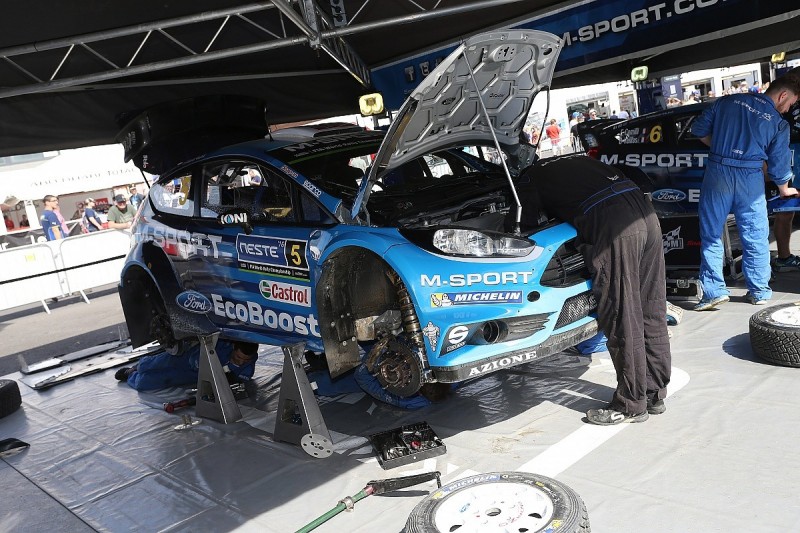 Rich Millener, who runs M-Sport's customer programme told Autosport: "Most of the teams have chartered a plane to take the cars out to China.

"We have two and a half days to re-prepare the cars next week and send them to the airport.

"Obviously every day that passes is costing the teams money, but that's when we really need to know.

"We all want to go to this event. Everybody accepted China, understanding what an important market it is and we've all made a huge investment in this event already."

There's no firm timeline in place for any announcement, but news is expected during this week's Rally Germany.

There's a feeling between some in Beijing that Huairou wasn't China's strongest rally - the APRC round which ran earlier this month in Zhangye on the edge of the Gobi Desert was reckoned to be the preferred option.

Rally China is scheduled to return to the WRC for the first time since 1999.

Rally China cancelled due to storm damage after organisers' request