Pirelli has been selected as the control tyre supplier to the World Rally Championship from 2021, ending Michelin's strong run at the top level of the WRC

Italian tyre firm Pirelli, which has been involved in the WRC since the start in 1973, will deliver all tyres used by Rally1 (World Rally Cars) and Rally2 cars (R5 class) for a four-year term starting in 2021 until the end of 2024.

Pirelli already supplies junior categories in the World and European Rally Championships and recently signed a four-year extension to its Formula 1 agreement.

MRF, Hankook and the current supplier to World Rally Car teams, Michelin, were all understood to have tendered and made it through the final four in the process.

The World Motor Sport Council conducted an e-vote on the decision earlier this week, with the decision coming on Friday afternoon.

FIA rally director Yves Matton said: "This is an exciting new phase in the development of the World Rally Championship and we are happy to announce Pirelli as our exclusive single tyre supplier for a period of four years from 2021.

"I am convinced Pirelli will bring a wealth of experience to the program."

The Pirelli Star Driver programme was one of the highlights of the firm's investment in WRC during that time, with current world champion Ott Tanak, Rally Argentina winner Hayden Paddon and Hyundai driver Craig Breen among the highest profile graduates of that scheme.

Since Pirelli's departure at the end of 2010, most factory teams have used Michelin tyres. The only none-Michelin success came when Elfyn Evans won the 2017 Wales Rally GB on DMACK rubber.

Pirelli has often supplied privateers in the 2010s, and has enjoyed recent success in the WRC's support categories including winning the WRC 2 class at Wales Rally GB, where 2003 WRC champion Petter Solberg was victorious using Pirellis on his Volkswagen Polo R5 (pictured below). 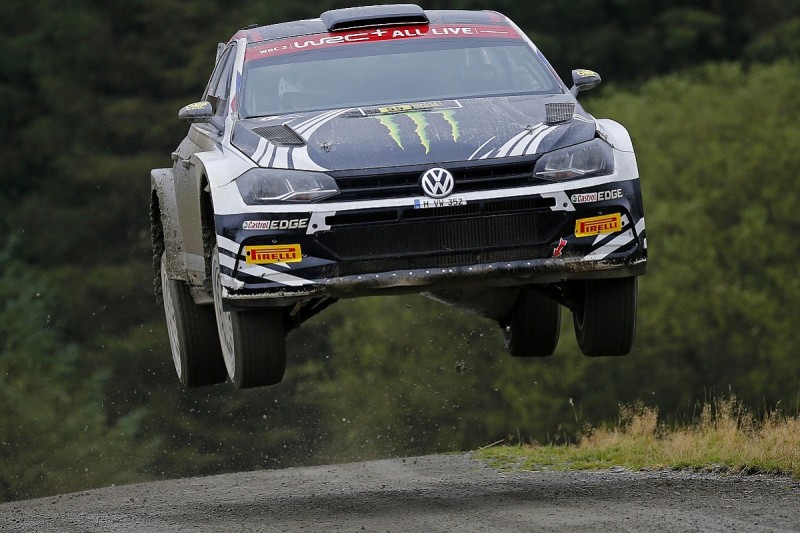